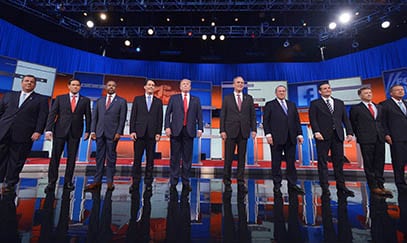 We are PR people, and it is in our DNA to try and take advantage of a media opportunity. And, while the 2016 presidential election is the motherlode of potential PR insert points, I am going to counsel you not to newsjack this event.

Newsjacking, as you well know, is placing a client into a day-two story; positioning them as an expert who can add value and voice to put an event into context. It is the quote in the middle of a story that gives our clients additional coverage when there may be none. And it is the bread and butter of a lot of the media relations work we all do. It is oftentimes easy, but it takes an intrinsic understanding of the media and our clients' businesses to understand how they fit into a news story. 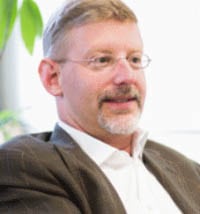 As we have seen for years, the media needs voices to opine on the news of the day, and the coming election is practically begging for you to put your clients into the mix. Do not do it.

Do not jump on a gaffe committed by Donald Trump or Ben Carson. Do not piggyback onto a misstatement made by Hillary Clinton. Do not put your pundit on TV talking about how Bernie Sanders’ economic positions will tank the American economy. It is easy to do it, and it will take self-control and discipline not to do so. It will be even harder to convince your clients to stay out of the fray.

Every presidential election is high stakes, by definition. Every presidential election is pivotal and will define the national discourse for the coming four years. But this coming election appears to be unlike any election I can remember. It is way nastier, meaner and more hyperbolic than ever. People are holding grudges and taking sides like never before. Consumers are engaging with politics on social media more deeply than ever, yet there is little true discourse. There is an anger bubbling on Facebook, Twitter and Instagram that should be concerning for brands.

"...some 18% of social networking site users have blocked, unfriended, or hidden someone for political reasons."- Pew Charitable Trust

Basically, one in five people blocks someone for something political on Facebook. Imagine if you counsel your client to comment on something Marco Rubio says, and in doing so, your client alienates 20% of their current or potential client base.

Michael Jordan, arguably the greatest player ever to play in the NBA, said it best when he was asked why he did not endorse a Democratic candidate for the United States Senate in North Carolina: "Republicans wear sneakers too."

Now, I am a political person. If you read my personal Facebook page, you will see a lot of political posts. I actively engage in "counter and convince" arguments regularly, and I have lost friends over my activities. I know the consequences for myself, but rarely would I encourage my clients to jump into the deep end of the political pool without some very serious conversations about the potential negative repercussions.

Regardless of who the candidates are for the Democratic or Republican parties, this will be the ugliest, hardest fought campaign I can imagine. 2016 will make 2008, 2000 and even 1992 look like prosaic cake walks. Companies will spend more money on the coming election than was spent on all previous elections combined—an estimated $5 billion will be spent to support and attack the candidates. $5 BILLION! That’s direct spending at more than twice what was spent in 2012.

“When all was said and done, Barack Obama and Mitt Romney, the two major party candidates for president in 2012, spent close to $1.12 billion—not counting the millions more spent by the parties and outside groups. Overall, the presidential race cost more than $2.6 billion in that cycle.” – The Center for Responsive Politics

If you add in Super PACs and other sources of political spending, the coming year could see more than $10 billion spent. These ads will be nasty, brutal and short.

If you look at how Donald Trump is talking about his opponents, it should send a shiver up your spine. Do you want the Donald setting his sights on your clients?