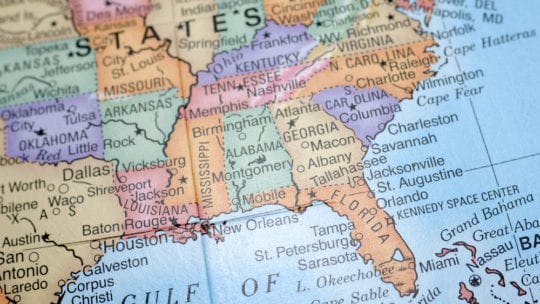 Anything can be politicized, but it takes a very serious turn when the safety of people is at stake. The National Oceanic and Atmospheric Administration (NOAA), home of the National Weather Service (NWS), continues to be at odds following a tumultuous week with the White House on the communication of disinformation regarding Hurricane Dorian and the state of Alabama.

Weather became the latest casualty in the tweet-storms resonating from the Oval Office on Sept. 1, after President Donald Trump wrote that Alabama would be hit “harder than anticipated” from Hurricane Dorian.

In addition to Florida - South Carolina, North Carolina, Georgia, and Alabama, will most likely be hit (much) harder than anticipated. Looking like one of the largest hurricanes ever. Already category 5. BE CAREFUL! GOD BLESS EVERYONE!

The same day the National Weather Service in Birmingham, Ala., responded posting a tweet that “Alabama will NOT see any impacts from Dorian.

Alabama will NOT see any impacts from #Dorian. We repeat, no impacts from Hurricane #Dorian will be felt across Alabama. The system will remain too far east. #alwx

According to the Pew Research Center, about two-thirds of American adults (68%) say they go to social media for news, which makes the thoughtful distribution of details, particularly in times of breaking news cycles, very important. As Dorian continued to swell throughout the week, the president updated the country on the weather situation, featuring a NOAA map that included a black Sharpie line and altered the path to include Alabama.

With increased pressure from the White House, NOAA delivered a statement calling the Birmingham office’s statement “inconsistent with probabilities from the best forecast products available at the time,” overturning the NWS’ original prognostication.

The NWS now finds themselves in a precarious situation—a federal agency that many citizens come to rely on, and an institution held by the greatest of expertise, forced to repeal its own forecast. The news cycle continues to spin regarding he-said, she-said directives, so how can this agency, as well as the White House, repair the public trust?

Bringing the boil to a simmer

Begin internally to calm an unnerved staff. Include your leaders in developing and delivering a message to employees can help provide a sense of ease, as well as support during a time of crisis. The NWS’s inspector general, Peggy E. Gustafson, addressed NOAA employees in response to the Friday statement saying the organization “must maintain standards of scientific integrity.”

She acknowledged that the circumstances “call into question the NWS’s processes, scientific independence, and ability to communicate accurately and timely weather warnings and data to the nation in times of national emergency.” In doing this, Ms. Gustafson provided a bit of a pep talk, reminding staff of their incredible work and importance.

Reel in the rogue

It’s important to allow leaders to have transparency with the public. It’s also important to work as partners to determine messaging. In this age of instant communication, it’s best to establish a social media policy with not only staff, but leadership as well. Creating a process for communicating important information to the public, while also letting the public relations department know, is essential for keeping your brand perception on track.

Denise Kaufmann, director of North America client development for Ketchum, believes in preparation and staying ahead of the game. Fifty percent of these dramas are foreseeable, she says.

The term “stay in your lane,” applies wholeheartedly to this scenario, as well as many others on the crisis front. In any organization, make sure everyone knows who the key players are, and their roles should something unravel. The government is known for its miles of typical bureaucracy, but your organization can work to avoid that. Bureaucracy allows for the wrong departments to control messaging. Make sure the public relations department is always in the forefront when the alarm sounds.