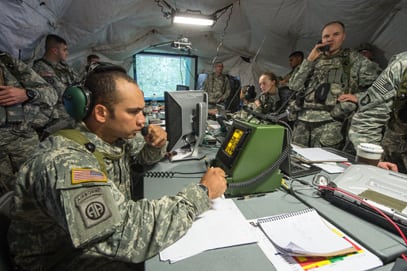 The US federal government’s use of PR to mobilize citizens and galvanize support can be traced to the Revolutionary War. Through the Federalist Papers urging New Yorkers to ratify the proposed constitution with simple messages–“No taxation without representation”– or staging the Boston Tea Party, our founding fathers knew a bit about public opinion.

But it wasn’t until 1917, in response to the country’s entry into World War I that the federal government, under President Woodrow Wilson, created a large-scale propaganda agency–the Committee on Public Information(CPI)–charged with mobilizing public opinion in support of the war.

One of the CPI’s best-known pieces was the image by James Montgomery Flagg depicting Uncle Sam declaring, “I WANT YOU FOR U.S. ARMY!”
The Gillett Amendment Slows PR
After WWI, the popularity of the CPI waned. Extensive use of propaganda by both the CPI and other warring nations caused public outcry over the fear of government manipulation. This uproar added to the general distrust of government use of PR that began in 1913 with passage of the Gillett Amendment. It stated: “Appropriated funds may not be used to pay a publicity expert unless specifically appropriated for that purpose.”

The Gillett Amendment did not outright ban PR, as many believe. Still, it, along with WWI, was enough to cause Washington to back away from the term PR and instead employ less offensive titles, such as public information officer and public affairs officer (PAO).