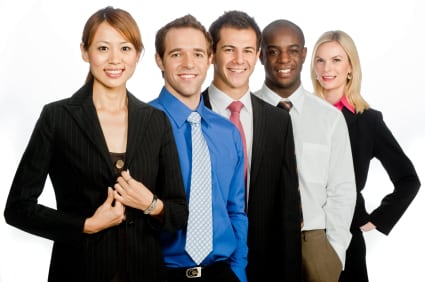 [Editor's Note: This is part I of a II-part series, which PRNEWS has run at the end of December for several years. We thank frequent contributor Arthur Solomon for his years of service to the industry and to PRNEWS. Part II will appear next week.]

Almost every day during 2019 there were articles about PR situations gone wrong. All one had to do was scan the major print pubs to see them. The lessons in these articles constitute a tuition-free education in PR.

Situation: The New York Times on January 7 headlined a story, "What to Do When Your Job Is on the Line."

Lesson to remember and relevance to our business: In our business it's always best to act as if your job is temporary. There are so many reasons beyond your control that determine your tenure. In an agency, the loss of a major client can result in staff reductions. On the brand side, a significant change in business also can lead to layoffs. And, of course, management changes and consolidation always are possible.

Do not expect good work to assure you of job security. Keep up with developments in the industry.  Read trade pubs and speak with friends in the business. If a head hunter or another company contacts you for a job interview, always take the meeting. Do so despite having no desire to leave your present employer. And remember, no matter what supervisors say, in the final analysis you’re just another employee number.

Situation: A headline in The Wall street Journal, January 10, read, "Know-It-All Bosses Have a Lot to Learn."

Lesson to remember and relevance to our business: In many professions, including PR, supervisory positions often are awarded for the wrong reasons. This creates discontent among qualified PR practitioners. More important, the new supervisor is unable to properly direct his/her charges because of a lack of experience and solid PR chops.

The Takeaways: Just because you get promoted doesn’t mean you don’t have a lot to learn. A different, but similar story in The Wall Street Journal, March 13, was headlined, “Ways We Miss Potential Office Stars." The article discussed how "bosses bet the wrong way on job openings and promotions at a surprisingly high rate.” This should not come as shocking news to people in our business.

As noted above, in PR, promotions sometimes are awarded for various reasons: the need to fill a slot, loyalty to a particular person, friendships and office politics. The most qualified individuals sometimes are passed over because management is unaware of who is deserving of a promotion.

Situation: On February 23, a headline in the Times read, “Ex-Enron Chief Released From Prison After 12 Years.” A February 25 story in The Wall Street Journal headline read, “Old Enron Units Thrive as Skilling Is Free.”

Lesson to remember and relevance to our business: The media can revive a PR crisis at any time. In the event a crisis resurfaces, PR pros associated with it should have a back-up plan. Do not deploy it immediately, though. Listen. Often stories about the crisis will disappear in one or two days.

Situation: “Don’t Let a Manager Keep You in a Cage,” was the headline of the ‘Work Friend' column in the March 31 New York Times.

Lesson to remember and relevance to our business: Few businesses are loyal to employees. PR is not one of them. With some exceptions, PR firms' philosophy is, “What did you do to make money in the last minute?" What you may have done in the last hour doesn’t matter. As a result, it's best to make certain that management knows how you contributed.

Situation: “What Can I Do When a Colleague Takes Credit for My Work?” was a headline in the Times, August 4. The article mentioned mentoring colleagues. It also advised that one shouldn’t let others take credit for their work.

Lesson to remember and relevance to our business: Ours is a profession that rewards aggressive, action-oriented people. On a supervisory level, you should always help improve the work of people you manage with the following proviso: Always let upper management know the part you played in improving a press release, speech or campaign. If you don’t take credit for your work, someone else surely will.

Situation: “NBA Plays Silent Game in China,” said a Wall Street Journal headline on October 11. The story described the situation after an NBA executive tweeted support of Hong Kong protesters. After years of promoting itself as the “free speech league,” the story criticized the NBA for muzzling its players after an exhibition game in China.

Lesson to remember and relevance to our business: A good reputation must be continually confirmed by present, not past, actions.