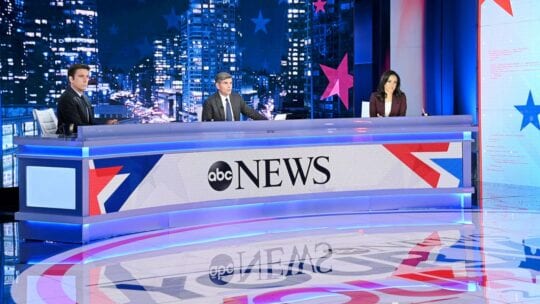 We made it. Election Day 2020 is here. Communicators on both sides of the aisle—in public relations and journalism, respectively—will be working extra hard to distribute timely, accurate information to the electorate. And the world will be watching.

However, due to the coronavirus pandemic, election night vote tallying and reporting finds itself in somewhat of an unprecedented situation. Most Americans are accustomed to quickly tabulated vote counts, resulting in a proclamation of the winner on election night or early morning. This year, several voting methods will play into the speed of results including millions of mail-in votes from those wishing to avoid crowds at the polls and early voting.

The news media and social media platforms know it is of the utmost responsibility to get this right. With Twitter and Facebook battling swarms of disinformation posts daily, the companies prepared strategies to combat this ahead of Election Day. The media also seeks to instill and keep the trust of the American people, with most outlets announcing reporting processes. Both industries worked extra hard to focus on protecting the integrity of election results to earn trust.

According to a recent study by the Pew Research Center, almost half (48 percent) of U.S. adults surveyed said they plan to “very closely” follow election results after polls close on Nov. 3. Another 32 percent said they plan to do so “fairly closely.” Only 6 percent plan to follow results “not at all closely.”

That places a lot of stress on media organizations to correctly gate-keep the flow of electorate information. And they definitely have some work to do in order to earn trust. In Pew’s study, 49 percent of presidential candidate Joe Biden’s supporters express “a lot of confidence” in news sources to make the right call. Only 34 percent of Trump supporters share this confidence in the media.

“It’s hard to think of anything that might fuel more distrust of the media than prematurely making a call in an important election — and getting it wrong,” Navarro-McKay says. “[Reporters] are bred to want to be first: the 'scoop' mentality. But we are entering a specific set of circumstances where being first may mean being wrong — because of the staggered system of counting ballots in many states. So, for those who care about a fourth estate that has the legitimacy and trust to perform a watchdog role in our democracy, let’s hope patience is recognized as a virtue.”

Social media and news organizations realize trust is at stake. Much like a communications professional preparing for a crisis, outlets and platforms proactively revealed their plans for Election Day surrounding reporting and accurate posting.

Twitter and Facebook both publicized action plans regarding posts claiming early U.S. election victories. Twitter said it will place warning labels on suspicious tweets, while Facebook said in a statement that it  “will add specific information in news feed notifications in its apps and in the labels on posts if a candidate or a party declares premature victory, and will continue to show latest results in its Voting Information Center.”

Wikipedia, which could be seen as one of the most vulnerable sites for election misinformation, also made a plan to secure its site. According to Reuters, “Wikipedia locked down its main election page...so that only certain editors can make changes...to combat potential disinformation and abuses related to Tuesday’s vote.”

News organizations, from national to local, shared information from news directors, editors-in-chief and engagement editors, outlining how the teams will cover election night, as well as how they will share results.

The New York Times posted information regarding how to navigate its site for Election Day, including paths for those who just want results, versus receiving constant updates. ABC News published an interview with its president, James Goldston, as well as its executive director of elections, Dan Merkle, on its process for delivering results and exit polling. Colin McMahon, editor-in-chief of Chicago Tribune, wrote an editor’s note, outlining what to expect from the publication on Election Day and beyond. McMahon highlights the specific work of several reporters and confirms it will follow the lead of the Associated Press.

“News organizations must subjugate their inherent competitive desire to be first to their social responsibility to be right,” Navarro-McKay says. “The decision desks are saying the right things today. The challenge is to live up to their rhetoric if a competitor prematurely makes a call.”

As Washington Post media columnist Margaret Sullivan wrote this week, “Journalists at this fraught moment carry a heavy burden to do something that is not in their nature: to be patient, to linger with the uncertainty and to explain relentlessly rather than join a rush to judgment.” That patience can lend a hand to what may determine the trust factor for their organization.

Many outlets are looking at Election Day as not a race to report results, but a public service to provide important information and knowledge to the electorate.

The Wall Street Journal announced free access to its site all day, as well as provided a detailed guide for using social media during the election.

Election Day is here and WSJ is providing free access across its site. Follow news and analysis from the Journal's nationwide team of reporters here: https://t.co/8rK1w8sOPs

The Associated Press tore open the curtain and provided a detailed look into its process of counting votes.

CNN published an interactive Q&A regarding voting and the election, where users can filter out keywords for the specific answers they are looking for.

Most organizations seem to be doing the right things to instill a greater sense of trust with the American public. Getting in front of the concerns and providing transparency as to what they are working on, and how, allows for a door to be open to viewers, readers and users looking for accurate information. Adhering to the needs of the people, rather than putting their own wants first, goes a long way to get on the good side of the public.

“News organizations have the heady responsibility of communicating to viewers, which results include early and absentee votes, and which do not,” Navarro-McKay says. “And [they also must] explain what that means for who might be winning. That may be hard to tell, and so a little modesty would go a long way.”