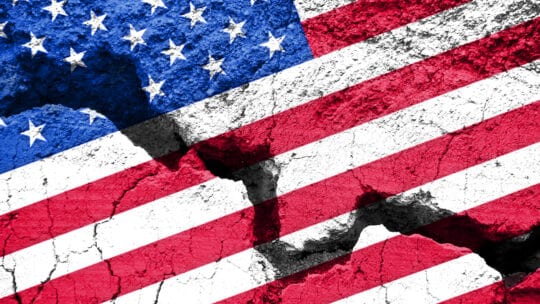 There’s no question that the country is divided. That was so before the Nov. 2020 elections. Perhaps more so now. Last weekend (Jan. 9-10) pollster Frank Luntz surveyed 800 people who voted for the president in November. His findings illustrate the country's political divisions.

Most, if not all, (91 percent) said they’d vote again for the president were an election held today. This was so despite the president’s conduct during the Jan. 6 violence on Capitol Hill. Luntz also found that 50 percent believe the president should continue to contest the election.

Perhaps the result of most concern for communicators was that 73 percent of those surveyed said the election system was rigged. Before asking that question, Luntz reminded participants that the president’s legal team lost more than 60 court cases challenging election results. Still, 61 percent said they would never trust election results going forward.

The questions for communicators: Do you craft messages differently, internally and externally, when you know the country is divided politically, and in other ways? In addition, do you change communication to adapt to the fact that a significant portion of the electorate believes the election was rigged, and, by extension, the true winner will not be inaugurated Jan. 20?

For Amy Brundage, managing director at SKDK and a former Obama deputy communication director, unity is part of the communicator’s remit for external messaging. "The responsibility of communicators,” she said, “is to ensure that messages rise above… division[s] and speak to a broad coalition of Americans.”

FINN Partners’ senior partner Helen Shelton agreed. “Our job is to underscore the things we have in common, which believe it or not is our diversity! At the end of the day everyone is interested in having access to education, healthcare, shelter, sustenance—they are not looking to brands to tell them how to live their lives but rather to demonstrate a commitment to serving their needs and interests as consumers. This is universal.”

Brundage argued Americans want “solutions, security, and a clear path for how we will return to normal.” She expects the incoming administration to focus on the pandemic, rebuilding the economy and ending racial injustice. “It’s incumbent upon companies and other leaders to spend less time reacting to the kind of division we have seen over the past four years and instead make clear that they will be a part of the solution,” she said.

Turning to internal communication, Hannah Peters, WE Communications’ new EVP, corporate reputation and brand purpose, says this dynamic moment means leaders have an “opportunity, and the responsibility,” to speak up. She urges leaders to engage employees in new ways and to be conscious of three things: authenticity, respect and agility.

“Lean into your values and purpose as a roadmap for when and where you comment and bring employees along for that journey,” Peters said. In addition, she counsels leaders to “separate politics from values. It’s less about taking a side and more about being true to who you are as an organization and responding to the expectations of your most important stakeholders.

The new CCO at Prudential Financial, Alan Sexton, also emphasized values. He acknowledged this "fragile and sometimes frightening" moment, but said, "It’s difficult to go badly wrong as long as you stay close to the values and principles on which your organization agrees." He added, "If you take [values] as your starting point, are clear-eyed about the why and the outcomes you’re looking to achieve, you stand a good chance of ending up in the right place."

At this divided moment, Peters also notes that remembering to respect a range of perspectives and emotions and listening are the first steps. It’s fine that not everyone is in the same place on issues. “Your job is to authentically communicate the values of your organization, and, when possible, to give employees space and grace to process, and ideally discuss, how they are experiencing a specific moment or issue," she said.

While agility is crucial, Peters advises optimizing for thoughtfulness and care over speed. “Be mindful of any evolution to the external environment or stakeholder expectations and be open to revisiting or recalibrating your position if needed.”

Sexton concurred, advising fellow communicators to think slow and act fast. "I believe it was Albert Einstein who said, 'If I had an hour to solve a problem, I'd spend 55 minutes thinking about the problem and 5 minutes thinking about solutions.' Make sure you truly understand the issue and what’s at stake before dispensing opinions."

Shelton provided guidance for communicators seeking a central focus: “The nation may indeed be divided, but the role of communicators is to offer consistency in our messaging—which ultimately must be about a respect for humanity and an appeal to decency.”