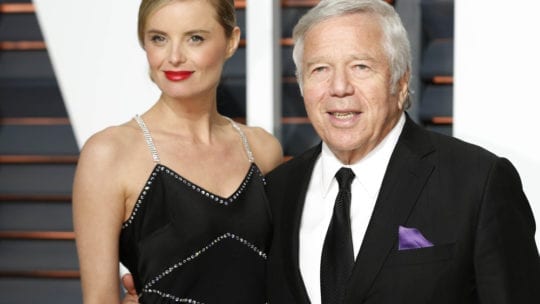 During the Industrial Revolution, the Luddites were a group of workers opposed to technological change. In 2019, our business has many practitioners who also refuse to change.

A recent example of Luddite thinking was evident in the knee-jerk response to news about Robert Kraft. He's the owner of football's New England Patriots and was caught in a sex sting.

Soon after the news broke, a Patriots’ spokesperson said: “We categorically deny that Mr. Kraft engaged in any illegal activity. Because it is a judicial matter, we will not be commenting further.”

Only the last sentence should have been used.

Issuing a statement immediately after bad news is reported about a client probably dates to the crisis PR book an ancient  species wrote during the Pleistocene Epoch, about 2 million years ago. (In our business, change does not evolve quickly.)

Old-fashioned thinking, (translation: playing it safe) especially during a PR crisis, is a staple of our business. The Kraft spokesperson's response shows why there is no such thing as a one-size-fits-all PR crisis plan. (This is a phrase I coined decades ago. Others use it often now). New thinking is needed during a crisis to make sure the response fits the situation.

Here’s why the by-the-book mandatory fast reply in the Kraft situation hurt, rather than helped:

The media will treat skeptically a denial of wrongdoing before facts are known: After the initial story about the sex sting, Florida law enforcement officials reported there were tapes of Kraft visiting the massage parlor. The result of the denial of wrongdoing, and the police statements about evidence, put everything a Kraft spokesperson said or will say in doubt.

An abridged process to follow during a PR crisis is the following:

Avoid making an immediate statement of no wrong doing: Instead, say that the facts remain incomplete. After more facts are obtained a statement will follow.

Easier said than done, but refuse to buckle under pressure. Your client, your bosses, will urge you to say that the reported information is inaccurate.  Refuse to do so unless you can provide facts backing up your claim. Better to say, “Just because a story is published doesn’t mean it’s accurate.” Then move on.

Never issue a statement or answer a media question with material that can be proven wrong.

Don’t expect softball questions from media buddies during a PR crisis: Discount easy questions even if you have a cordial relationship with the media.Anticipate the questions and have prepared, truthful answers.

It’s the story that matters: Even publications that usually are in your client’s corner will run detailed negative stories during a crisis.

The media will remember Kraft's spokesman’s initial statement during follow-up stories. This is especially so since police have said they have evidence on tape of Kraft making two visits to the massage parlor.

When someone is in a PR crisis forego the tired formulas that were probably written before you were born and definitely before there was a team known as the New England Patriots. Instead, remember the Mark Twain quote, “If you tell the truth, you don't have to remember anything.”