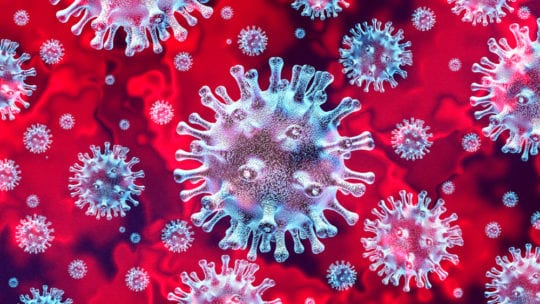 Things were supposed to be different. Five months into the pandemic, many of us expected the virus would be receding. Political officials told us so. Instead, cases in nearly 40 states are on the rise. Yesterday, the U.S. set a record for new cases in a single day, at 70,000. Problems many believed were over are not. Hospitals and medical staffs in the south and southwest are overwhelmed, and there are reports of PPE and testing shortages.

Are better days ahead? Not immediately, according to Dr. Robert Redfield, the Center for Disease Control chief. The fall and winter of 2020 and 2021 could be “one of the most difficult times,” he said. On the other hand, Redfield believes if everyone wore a mask for several weeks, the situation would be vastly improved. Yet, the message on masks is still mixed, with the Georgia governor first blocking Atlanta's city's mask mandate and the next day seeming to walk back his stance.

When the virus reached this country, before it became a pandemic, healthcare communicators stressed that PR pros urge audiences to visit sites of highly-regarded scientific institutions for pertinent information. In those early days, it seemed a straightforward and simple message. Yet five months in and political and economic interests seem intent on weakening the reputation of several of those institutions.

Depending on whom you believe, the White House is sidelining the nation’s leading expert on infectious diseases, Dr. Anthony Fauci. The White House also rerouted coronavirus data to itself before they reach the CDC.

The president acknowledges the pandemic intermittently, instead concentrating on subjects such as the economy. In addition to insisting that the country is "in good shape," he also is demanding schools reopen shortly. Parents, teachers and others are concerned. Nearly 60 percent of 711 U.S. adults polled July 8-9 said the country is reopening too quickly. The ABC News/Ipsos poll showed just 33 percent of respondents approving of the president's response to the coronavirus.

The Role of Brands and Communicators

After reaching out to healthcare PR pros about these issues, it's clear that most feel brands, in and outside the health sector, can help a nation that appears swamped with contradictory messages and hard-to-decipher data points. The rules of engagement were basic, though not simple: No finger pointing (most complied) and no politics (again, most complied, though some delicate wording was necessary).

"Brands need to take all of their understanding about their customer and apply it to this moment," said Darcy Sawatzki, SVP, Evoke, KYNE. The impetus is on companies with an audience of young customers, (and they) need to act, she added. These companies should urge customers to be safe while satisfying their need for social interactions. "Show brand models wearing cloth face coverings–or provide discounts for stay-at-home activities that increase social contact," Sawatzki says.

For Gil Bashe, managing partner, Global Health at Finn Partners, the absence of "emphatic and embraced policies" means brand and agency communicators "must mobilize as part of the global public health effort." The message is simple and clear, Bashe said. "Work remote and wear a mask when social distancing isn’t feasible. It’s a refrain that communicators must repeat loud and clear," he said.

Bashe said agency employers and those they represent should emphasize that "people’s well-being comes first.” He added, "Our communities can send a signal that we care about our colleagues and our clients. Disregard the debate and head for common ground. Wear a mask and social distance."

Sharon Reis, principal and founder of The Reis Group, is looking ahead. Like Dr. Redfield, Reis is anticipating an influenza-filled fall with social distancing and mask wearing crucial. She said many in healthcare are referring to the fall as Fluvid. "It’s up to us to do our part. Encourage your employees to absolutely get a flu shot," she said.

Several communicators urged a return to the science-first thinking that dominated as the pandemic was beginning. Politics muddied the message, these communicators say. "The verbal tension between federal and state leaders and state and county legislators has never been more apparent. A lack of clarity reigns, and it’s a distraction from a united call-to-action," said Bashe.

Added Wendy Lund, CEO of GCI Health, in healthcare, science "guides everything." Lund recommended communicators outside healthcare "rise above the noise that’s coming from sources that are, perhaps, less reliable or have an agenda."

PRSA chair Garland Stansell, who's also CCO, at Children's of Alabama, agreed. "Share information only from the medical and scientific experts," he said.

We also asked about coronavirus data. It's confusing for the general public (this reporter included) to get a clear picture of the spread. Even "the basic data can be confusing...it's a complicating factor," Reis said (we feel better).

Stansell agreed. "The data collection from state to state and agency to agency can seem confusing since what is included may vary."

Reis urged concentrating on the rate of infection and overall number of cases. "It’s all about controlling the spread," and reducing stress on hospital staff, she said.

Lund agreed the data can be overwhelming, though for her that's not the problem. The issue is that the general public has "all of these numbers being thrown at them and they may not know what to make of them, especially when they’re seeing conflicting numbers."

It's the job of communicators, Lund argued, to take data–making sure they're from reliable sources–and make it easier to understand. Put data into context and show why it matters.

Added Bashe, "Obsession with data and confusion on understanding statistics are part of the chaos of confusion. But, bottom-line, people who would normally not be dying now are felled by COVID-19." People get emotional looking at the data, he said. They're constantly thinking, "Am I at risk?"

"This is why a call-to-action–to lower risk for ourselves and others–is vital," he said.  That singular message–social distance and wear a mask–is vital to businesses and consumers." As the conscience of their companies, communicators have a responsibility to craft this message, he added.