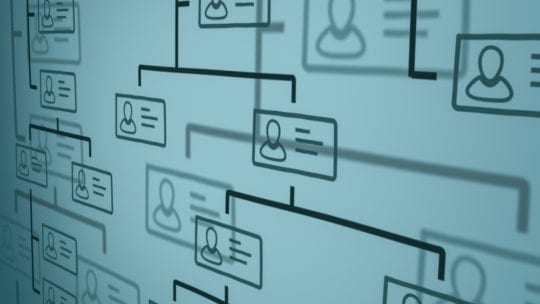 Former House speaker Tip O’Neill is credited with saying, “All politics is local.” It wouldn’t be surprising if Robert Hastings, CCO and chief of staff at aerospace company Bell, said, “All PR is strategic.”

When Bell’s marketing staff invites a client to attend a football game, an invitation arrives in the mail.  A member of Hastings’ communications team designed the invitation and the envelope it arrives in.

When Bell’s facilities team builds an office or renovates an existing one, someone from Hastings’ team picks colors for the walls and floors. Visits to Bell facilities anywhere in the world come under the purview of communications. In addition, communications has members who liaise with Bell's H.R., labor relations and international marketing personnel.

The list goes on. A communications team member even has input about the interior and exterior lines of the aircraft Bell builds. Communications touches “every department in the company,” Hasting insists. These staffers report to communications, but they are regulars at meetings in other parts of the company. (Aren’t you glad you don’t have to create the Bell org chart?)

“We want to shape the experience” of anyone coming into contact with the Bell brand, Hastings says. The football invitation and the envelope “are strategic, designed to send an experience message about Bell. It’s a structured approach. You don’t just get an email inviting you to a football game.”

Positions that fall under marketing communications in other companies are billed as brand engagement at Bell, which comes under Hastings’ purview. “This has allowed us to penetrate parts of the company we’ve never been involved in before,” he says.

Anyone who deals with brand experiences, such as video producers, designers and events staff, is part of the brand engagement team. “[Communications] wants to be part of every conversation. One of the goals is to avoid surprises,” he says. "We don't want someone [from another part of the company] to us ask us for a video. We want [our people to say to them], 'You need a video.'"

This desire for communications to be aware of everything in the company is one reason Hastings fought to be named chief of staff. He insists the position helps communications function better.

Regarding the quote up at the top about all PR being strategic, in truth Hastings wouldn't say that. He doesn’t like the term PR; it’s not included in any of the titles in his department. “PR is much too narrow a title for the work we do…what we do is tied to achieving measurable business goals.” This is why Hastings has spent the last five years building what Bell calls its strategic communications department.

"There’s a skill set and a toolbox that we bring…[and] those can be leveraged better when the company believes you can help win business, shape the environment..., influence attitudes and behaviors and, most importantly, the actions of your stakeholders.” His conclusion: “That’s not PR, that’s strategic communications.” For Hastings, the PR title is "gathering dust."

As soon as a communicator graduates to the middle ranks at Bell, she gains a title with “communications strategist” in it. This is deliberate, he says. “I want the employee to know that she should approach her work from a strategic perspective.” Hastings also wants external stakeholders to know they’re dealing with a strategist.

Reporting to the CEO

Back to the org chart, the strategic communications team reports directly to the CEO, Hastings says, which gives the team plenty of exposure to the C-Suite, and, he says, increases credibility. This does wonders for retention, he adds.

Bell is far from the only brand changing PR titles and how it organizes and thinks about communications. Hastings says the C-Suite’s respect for what strategic communicators can do is one of the factors changing the profession “faster than at any other time in history." He adds, "If we're allowed to, we can change the environment, shape issues and regulation and affect change in our various stakeholders. I think there’s a wide recognition of this that's not been there before.”