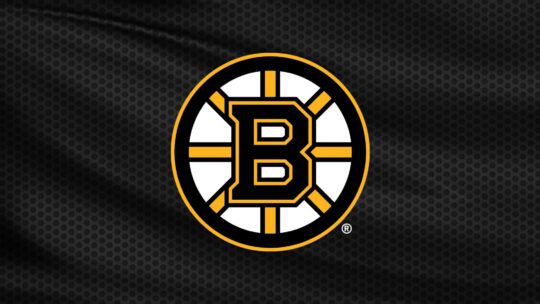 A few tenets of PR crisis communication: Tell the truth, provide accurate facts and don’t tell half the story.

The NHL's Boston Bruins whiffed on all three last weekend.

Mitchell Miller is a supreme hockey talent. He also has a juvenile criminal record. For years, he bullied and tormented a developmentally disabled classmate.

Recently, team officials met with and observed Miller, 20, for several weeks. They were impressed.

After vetting, the Bruins signed him Friday (Nov. 4) to a three-year contract. It was the start of one of the biggest PR messes in recent sports history.

This is not a column about why the Bruins made a mistake signing Miller or a blind condemnation of a 20-year-old. (Some Bruins executives honestly felt Miller deserved a chance.)

Instead, let's discusses how the Bruins, off to a franchise best 10-2-0 record, fumbled the situation through poor communication and obfuscation.

Let’s assume Miller had grown tremendously since his transgressions. He’d made amends with the person he tormented as a child (apparently, he hasn't). So, the Bruins signed him.

The Boston Globe’s Matt Porter reported the signing. He wrote Bruins’ GM Don Sweeney said the team “could have taken a much easier path by walking away from Miller… [signing him was] an uncomfortable gamble.” Sweeney also praised Miller’s hockey prowess.

First, what a terrific understatement. Hiring a controversial, talented employee always is a gamble. Signing a player with a Google-able criminal history is an instant PR mess.

Second, if the Bruins felt Miller was worth the time, effort and trouble of employing him, then his hockey skills should not have been priority 1.

Miller is a hot potato. His story is graphic and raw. Media reports say his victim’s family does not feel Miller adequately apologized or showed remorse. This means you cannot throw hundreds of thousands of dollars at him and expect his stick-handling skills to make people forget about his baggage.

A lot had to happen before Miller could take the ice.

Yet when the Bruins signed Miller, the team issued a poorly worded statement acknowledging a past “incident.” Local and national media moved in quickly. Soon 'the incident' was fleshed out as multiple years of troubling, violent, cruel and racist behavior. Mitchell was a bully. Strike one.

Miller’s quote in the team’s release will leave a lot of PR pros scratching their heads:

“When I was in eighth grade, I made an extremely poor decision and acted very immaturely. I bullied one of my classmates. I deeply regret the incident (author’s emphasis) and have apologized to the individual…since the incident, I have come to better understand the far-reaching consequences of my actions that I failed to recognize and understand nearly seven years ago. I strive to be a better person and positively contribute to society.”

Again, saying it was a single incident and trying to create the artificial distance of time give the impression that Miller and the team felt his actions should be allowed to fade away. Strike two.

When the Bruins released Miller Sunday the team said, in part, “new information” guided the decision. The team rightly took heat for saying that.

Assuming the Bruins didn’t know everything that a journalist could Google about Miller prior to offering him a multi-year deal is preposterous.

The so-called 'new information' was the team learning how poorly the public would react to Miller's signing. Strike three. (I apologize for baseball references in a hockey story.)

While I would have advised against employing Miller, there's a crisis model that might have worked.

The Bruins put the cart before the horse, offering Miller a pro contract and saying ‘Don’t worry, folks, he’ll have to earn it!’ No one bought that.

There is no guarantee the plan above works. Yet, if the Bruins felt Miller was worth it, then they should have done rehabilitation and PR before dangling him as their newest player.

It’s a lesson in PR crisis: Never assume you have enough brand equity to pull a fast one on your audience.

John Guilfoil is principal of JGPR