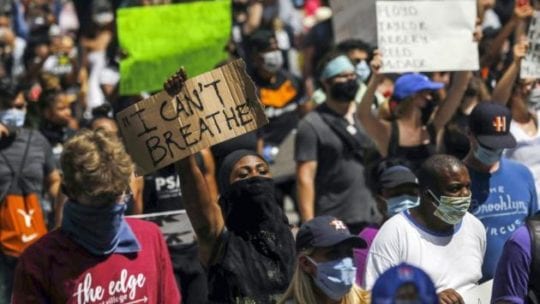 When an organization is running a campaign, it’s crucial to have a common term or phrase that helps tie messages together.  That’s what makes hashtag campaigns useful; they make your organization’s work more searchable online.

But sometimes a campaign’s hashtag is just one of many used to connect with other organizations that are doing similar work.

Across the nation, people and organizations are calling for an end to the systemic racism that’s claimed the lives of George Floyd, Breonna Taylor, Ahmaud Arbery, and countless other Black people.

Black Lives Matter (BLM), a social movement organization, is one of many leading voices behind the call for Black people to be treated fairly under the nation’s justice system. The organization originated in response to the acquittal of Travyon Martin’s murderer in 2013. Since then, BLM chapters have grown globally, as the organization’s message has increased in relevance and resonance.

In the collective advocacy to demonstrate that #BlackLivesMatter, several hashtags are used. Here are some of the most effective, along with lessons gleaned from each.

BLM demonstrates how hashtags can tell stories for those who otherwise can't. When following #BlackLivesMatter, followers will see #AhmaudArbery, #GeorgeFloyd, and #BreonnaTaylor. That the stories of these tragedies need telling through hashtags underscores why #BlackLivesMatter is necessary.

In addition, hashtags point to how these tragedies can be rectified. Calling for #JusticeForFloyd, #JusticeForAhmaud and #JusticeForBre are not only ways to share details of how lives were taken, but a celebration of how these people lived.

While new audiences adopt the message that #BlackLivesMatter, followers focus on achieving outcomes to best demonstrate this. One of many that has emerged, especially among recently affected cities, is #DefundThePolice. It's a message that’s seeing growth in amplification as advocates argue for the need to feel safer in their communities.

In other examples, awareness of protests around the world is raised via hashtags for their respective locations. These hashtags highlight events that are happening in cities from Los Angeles to London.

As with all aspects of a communication strategy, messages should be concise and clear. #BlackLivesMatter is straightforward and clear.

Hashtags can also boost urgency. #ICantBreathe is direct and urgent. In addition, it’s symbolic of the underlying emotion of people who live in fear.

Black Lives Matter, and other leading activists and organizations, has shown that unity is needed to achieve justice. While there are many hashtags used, they ultimately convey a similar message.

Cedric Brown is a digital strategist in Washington, DC