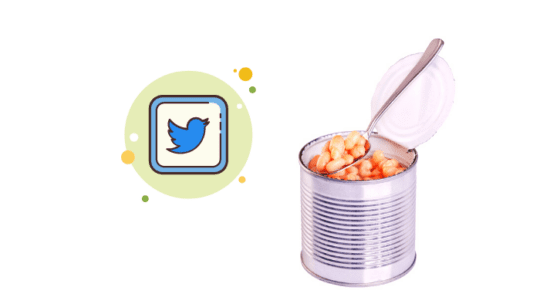 Podcast host and musician John Roderick, now known to the Twitterverse as "Bean Dad," found his parenting philosophy under fire over the weekend, following a viral Jan. 2,  23-tweet thread (now-deleted). In it, Roderick described watching his hungry nine-year old daughter struggle to open a can of baked beans for six hours. Until she learned to use a can opener properly, dinner was off the table, Roderick wrote.

At this point she said, “I don’t want baked beans” and marched off. Apocalypse Dad went into full ‘The Road’ Mode! “Sweetheart, neither of us will eat another bite today until we get into this can of beans.” She screamed “AUGH!” like Lucy Van Pelt. She read a book for awhile.

- that you think women should be punished when they don’t have mechanical intelligence because they’ve never been shown how mechanical things work
- to receive love she must have the physical, intellectual and emotional strength of an adult while a child

The best part about being ratio’d by these parenting concern-trolls is that they keep harping on how depriving my kid of baked beans for SIX HOURS is child abuse. Six hours is the length of time between meals. Lunch at noon, dinner at six. They’re literally saying CHILD ABUSE.

As the Bean Dad drama continued to play out, Twitter users began digging up social media dirt on Roderick, exposing anti-Semitic, homophobic and ableist rhetoric from 2011 and 2013. The mainstream media got a whiff of the story, with journalist (and erstwhile PRNEWS conference keynoter) Soledad O’Brien tweeting about Roderick’s history of insensitivity.

The podcast “My Brother, My Brother and Me” quickly released a statement Jan. 3 that it would no longer use Roderick’s music as a theme song, in a move mirroring Franklin Templeton’s firing of employee Amy Cooper following the “Central Park Karen” viral video.

For reasons we’re sure you’re all aware of, we’re getting started finding new music for MBMBaM. You’ll probably hear a filler theme song on this week’s episode. We’re not sure what’ll come after that, honestly, but we hope you’ll stick around to find out.

In the case of Parents of Twitter v. Bean Dad, Roderick found a vehement defender in his Omnibus podcast co-host Ken Jennings, a Jeopardy! champion considered a frontrunner for Alex Trebek’s position following the legendary host’s death in November.

This knee-jerk reaction is common, but inadvisable, says Gene Grabowski, principal at kglobal. One might even say Twitter follows the rules of gravity. “In most cases, defending an individual under social media attack only tends to drag you down rather than lift up the person you're trying to help.”

Jennings tried to keep things lighthearted (“Extremely jealous and annoyed that my podcast co-host is going to be a dictionary entry and I never will”), but succeeded only at placing himself—and his own Twitter dirty laundry—in the hot seat.

“If this reassures anyone, I personally know John to be (a) a loving and attentive dad who (b) tells heightened-for-effect stories about his own irascibility on like ten podcasts a week. This site is so dumb,” Jennings continued.

Jennings’ response was misguided from a PR perspective, says Grabowski. When your brand or a public figure you represent is on the proverbial stand, “avoid incendiary language that tends to raise the temperature,” Grabowski advises. “Words like ‘stupid,’ ‘ridiculous,’ ‘weird,’ or any other pejorative terms or profanity only make matters worse and provide ammunition to adversaries and encourage others on the sideline to jump into the fight against you,” he argues.

Justin Buchbinder, social media director at FINN Partners, agrees with Grabowski.  “Responding with humor or making light of the situation when there is backlash is an incredibly poor calculation,” he says.

But there is a right way to come to the defense of someone under fire, says Buchbinder. “There is nothing wrong with doing so if you truly believe they are being wrongfully judged,” he contends. But if you come to the rescue, Buchbinder counsels, “do so with a similarly serious tone as you seek to give true insight into the person and explain how this was either a lapse or a misunderstanding."

Following Jennings’ glib response, the social media mob placed the Jeopardy! champion in its crosshairs, digging up an archive of offensive tweets over the last decade, including a 2014 tweet from Jennings that reads, “Nothing sadder than a hot person in a wheelchair.”

As if predicting the weekend’s events, on Dec. 30, Jennings launched a soul-searching thread apologizing for past tweets in poor taste and elucidating his philosophy on whether or not to let the record of bad takes stand.

Hey, I just wanted to own up to the fact that over the years on Twitter, I've definitely tweeted some unartful and insensitive things. Sometimes they worked as jokes in my head and I was dismayed to see how they read on screen. 1/x

Jennings’ thread raises some interesting questions about whether or not to let the public record of past misdeeds stand in the Twitter era. But in the case of his defense of Broderick, Jennings’ multi-tweet missive—which included back-and-forth with commenters around purported anti-Semitism—probably was overkill, according to Grabowski.

Instead, Jennings should have kept his response short and sweet.

“Write tight,” Grabowski reminds communicators. “Fewer words carry more power in these situations. If you want to be a hero, don't be loquacious. Think Ryan Gosling, not Timothée Chalamet or Harry Styles.”