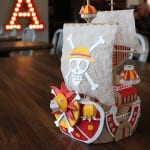 2016 was the year that Arby’s, working with ROAR Groupe, stopped making social advertisements—and the reactions were surprising:

“This is my favorite account. You get me, Arby’s.” “How does Arby’s even know about this??” “I tried Arby’s for the first time today because of this post. How have I lived this long without their curly fries?”

How did Arby’s inspire such positive, sincere engagements? It simply changed the conversation.

Brands have to compete on timelines against friends, family and interests that users actually care about, so Arby’s stopped forcing price points and beauty shots and, instead, started crafting custom content aimed at niche interests.

The creative team threw out the rulebook. They started crafting content (made by hand with Arby’s packaging materials) that celebrated their own interests and intimate “insider” knowledge within the realms of video games and nerd culture to reach hyper-focused, smart targeted audiences on an emotional and relatable level.

On Facebook, Arby’s went after “The True Fan” to reach people who considered themselves insiders on a particular topic. So when the anticipated game release of Fallout 4 finally took place, Arby’s reacted with a post that featured talent in cosplay—a hobby created by fellow gaming fans—and aligned it with copy that played into the behavior of true gamers.

Between September 2015 and August 2016, the team created over 500 pieces of unique content across each of its social channels and was constantly active and ready to share moments with fans almost immediately—sometimes turning around original, responsive content in under four hours.

Since Arby’s content now comes from a place of authenticity and passion, each subsequent post resonates with fans and expands its influence to the point that Arby’s isn’t just acknowledged—the chain is liked, shared, congratulated, celebrated and embraced across every channel by self-identified nerds and web-savvy gamers. “And yes, we’re selling more sandwiches than ever,” a brand spokesperson said.