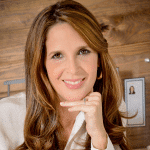 PR News recently asked its community to tell us who should be listed among the top game-changers of PR in the last few years. Here, we look at game-changer Natalie Boden. Check out the complete list of the 50 Game-Changers of PR for 2017.

Natalie Boden has dedicated her career to diversifying the PR industry, a dream that reflects her own distinct background.

In 2006, Boden founded BodenPR, an agency built specifically to reach the underserved population of Hispanic consumers. The firm steadily grew through the years, winning high-profile clients such as Target, McDonald’s, United Healthcare and Pepsi, to name a few.

In 2016, Boden rebranded BodenPR as BODEN, a full service communications agency built on the strong belief that brands are most successful when they create stories for the U.S. Hispanic consumer across key stakeholder groups including mainstream and hispanic media, influencers and social media.

Also in 2016, Boden partnered with QuestMindshare and created the Latina SmartPurse, a research initiative dedicated to understanding the increasingly powerful Latina consumer. Later that same year, she launched Boden U, an internal lecture series dedicated to teaching her diverse team of employees how best to grow their careers.

Boden’s deep-rooted belief in diversity has defined her career, which has garnered much acclaim. Last year, BODEN was named one of PR News' Best Places to Work, and in 2014, she was included in PRWeek's 40 Under 40.

Most Interesting Fact Not Found on Natalie's Resume

“The most interesting thing about me that you can't tell from my resume is my passion for the work our countries do on the international stage. Reading The Economist, The Wall Street Journal, The New York Times, The Times of London and keeping abreast of the diplomatic relations between countries—the U.S., France, Turkey, Iran—is a hobby of mine. When you look at the importance of what our nations do and how we interact as countries, everything else seems almost unimportant.”

Natalie’s Advice to Her 20-Year-Old Self

“Goals shift in your career and life isn’t linear, but rather like messy zigzags, sometimes on the up, sometimes to the side, sometimes downwards. Don’t stress whether you’ve been good at one thing or the other today, and instead focus on waking up every day and being excellent.”

Natalie's Profession in an Alternate Universe

“A career as a photojournalist, covering the Middle East, has always intrigued me. My drive to build stories that matter comes from a former press photographer father, who instilled the values of storytelling and the importance of the global stage to all of us at home at an early age.

I also have a dream of publishing a children’s book. The beautiful messages in the short prose found in some of the Caldecott winners are remarkable—and it is the same as what we do every day: Deliver stories that make an impact.”