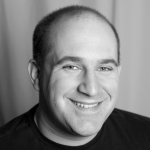 PR News recently asked its community to tell us who should be listed among the top game-changers of PR in the last few years. Here, we look at game-changer John Guilfoil. For more, check out the complete list of the 50 Game-Changers of PR for 2017.

John Guilfoil founded a PR agency with the simple idea that police and fire chiefs deserve a press secretary, even in a small town of 3,000 to 5,000 people.

Guilfoil started his career as a metro reporter for the Boston Globe, and then worked as deputy press secretary to Boston’s late former Mayor Thomas M. Menino. During the 2013 Boston Marathon, Guilfoil was standing at the finish line when two explosions from a terrorist attack tragically disrupted the event, and he witnessed first responders in action.

That same year, when Menino left office, Guilfoil started his own eponymous company with those first responders in mind.

Guilfoil and his team noticed that police and fire chiefs were often absent from press conferences and media coverage, even during major fires or other events, Meanwhile, elected officials, district attorneys, and state police were very active on social media and in the press. Guilfoil aimed to bridge that gap by bringing modern PR strategies to small police and fire departments throughout New England, many of which were still faxing press releases to the media as recently as a few years ago.

Guilfoil is named one of the 50 Game-Changers of PR after receiving multiple awards from PR News over the years. He was also named the Public Affairs Professional of the Year at the PR People Awards in both 2015 and 2016, as well as the Crisis Manager of the Year in 2016.

Most Interesting Fact Not Found on John’s Resume

“I have run the Boston Marathon two times, including this year!”

John’s Profession in an Alternate Universe

“Hands down, if I could do anything else, it would be professional baseball player. No question.”

John’s Advice to His 20-Year-Old Self

“Be patient. Shut up. Everything is going to be fine…Frankly, I don't rank myself as having been particularly good at my first PR job. I was a reporter for the Boston Globe for six years before going into PR, and my first job was as Deputy Press Secretary to Mayor Thomas M. Menino in Boston. It was a terrific opportunity, but I was not aggressive, energetic, or frankly smart enough to make the most of it. As a result, like most government PR people who don't line up on the right side (or any side) of a new election, I was laid off. I started JGPR with my sick/vacation time check from the city and was living off my unemployment checks before I got my first client. So, my advice to my 20-year-old self and all the 20-year-olds out there (I was 27 when I left the Globe and 29 when I got laid off from Boston) is this: Take risks. Fail and never regret failing. Now, the business plan I wrote and the employees working at my company are changing the national conversation about policing, government, education and emergency response in the country. If I didn't fail at my first PR job, I would not have learned what I needed to succeed in this role.”