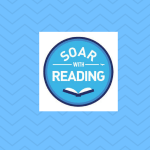 Since launching the award-winning Soar with Reading program in 2011, JetBlue has provided more than $2.25 million worth of books to children throughout its network. The program started as a way to beat the "summer slide," the tendency for students, especially those in low-income areas, to lose some of the achievement gains made during the previous year over the summer break.

Important goals for the 2016 campaign were to continue to build program awareness and distribute more books to children in need via vending machines and simultaneously make a positive impact on children’s reading habits in Detroit. To launch the program and spread the message about the program and the vending machines, JetBlue set out to create buzz via national media attention and social engagement and again enlisted celebrity ambassador Victoria Justice, to engage her fanbase and inspire kids to read.

The vending machines were a positive reinforcement in the community for families because they were easy to use and reliable, which kept families and children coming back and engaged.