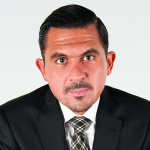 PR News recently asked its community to tell us who should be listed among the top game-changers of PR in the last few years. Here, we look at game-changer Ahmad Itani. For more, check out the complete list of the 50 Game-Changers of PR for 2017.

Ahmad Itani established Cicero & Bernay (C&B) in Dubai in 2005 and the firm has since grown from a two-person agency with two clients to a staff of more than 100 serving 60 clients.

C&B now has a presence in 14 countries throughout the Middle East and Africa, and those first two clients, car makers Kia and Hyundai, are still with the agency today. In an era where mergers and acquisitions are the norm, Itani has kept C&B an independent agency, sticking to his belief that being independent does not mean remaining "boutique.”

Since its inception, C&B has focused on addressing the many regional challenges facing brands. The United Arab Emirates is a unique mix of more than 200 nationalities and this is where C&B shines. Clients need to reach certain demographics and C&B’s staff specializes in understanding the needs and desires of the region's diverse groups.

In 2008, C&B was the first independent PR firm in the Middle East to receive a Stevie award for Best Marketing Campaign for its “CAPO Captures Sudanese Hearst and Minds,” which aimed to keep the CAPO brand the No. 1 dairy company in Sudan. The firm also implemented a campaign for the Dubai Land Department in 2012 that earned them a Guinness World Record for the “Largest Stick Notes Mosaic,” with 300,000 sticky notes used in total. At the Middle East PR Association Awards in 2016, the firm was shortlisted for seven categories, earning three golds (the most golds of any agency represented) and one silver award.

Most Interesting Fact Not Found on Ahmad’s Resume

“My love for cinema. I am absolutely fascinated with movie directors and what they do with stories. From thinking them up to creating worlds to bringing them to life on celluloid, I am totally in awe. In fact, back in 2001, I started my cinema collection which now stands at 6,267 DVDs. (Now perhaps defunct for many, but a very important part of my life). I don’t have one favorite movie, but my all-time favorite directors are Roman Polanski, David Lynch and Quentin Tarantino of course.

Another very important aspect of my life (and my team see it all around my office) is Superman. I am an avid collector of Superman memorabilia. If you ask me why, I would think of one thing... the extraordinary level of altruism that he has.”

Ahmad’s Advice to His 20-Year-Old Self

“Get married and have kids sooner. As father of a set of a 10-month-old twin boys, that’s a perspective I truly realize only now. I wish my kids were teenagers today and I wish that they were about to go off to university. I wish I was playing soccer and basketball with them already! The beauty of your own family–that is what I would have said to a 20-year-old Ahmad.”

Ahmad’s Profession in an Alternate Universe

"Not Superman, but I would definitely like to direct my own movie one day.”