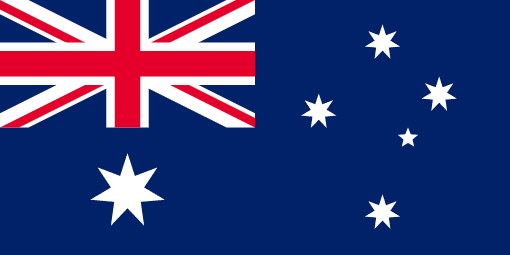 In some countries, when a COVID spike occurs, leaders are not taking chances. This morning, the premier of Victoria, a province in Australia, released a statement announcing mandatory face coverings for the entire state, not just heavily-populated urban areas. Victoria is home to Melbourne, Australia’s second-largest city.

Several other areas in the province will be under lockdown. While families and friends are allowed to have dinner together at restaurants, entering someone else's home is forbidden.

The region recorded 723 new cases of coronavirus in the past 24 hours, according to the Victoria Department of Health and Human Services.

Premier Daniel Andrews released the type of statement that could serve as a sympathetic guide for other government officials when looking to deliver bad news. Andrews' tone is succinct and forward, but the message also is personable and easy to read—clear of most medical jargon.

Andrews begins with a straightforward sentiment—”Today is not a good day.” He follows with several sentences that create a feeling of unity, as the region is in this together.

“...this virus does not discriminate.”

“It rips through workplaces, sweeps through aged care settings, cuts through communities–and tragically, takes lives with it as it goes.”

He’s careful not to pit urban areas against rural or suburbia.

“Most of today’s cases are in metro areas. But we have seen a significant jump in regional communities.”

Andrews supports his next announcement, and a tough one at that—the ban on home visitations—with science.

“...the simple truth is, the data. The data is telling us that outside work, this is the single greatest cause of transmission in these communities.”

“People are visiting friends and family–and taking the virus home with them.”

Andrews displays emotion in the last part of the statement, including himself in the equation.

“I understand that many Victorians will be feeling equal parts frustrated, tired and sad. I am too. We’re clearly a long way from where we wanted to be.”

His words include himself as a citizen, as part of the public, who all want the same things—an end to the virus.

“As always, I do want to thank every single Victorian who is doing the right thing.”

Andrews ends by massaging what may seem drastic guidelines into a simple ask that can help all stay safe.

“This is one of the biggest challenges our state has faced. And yet, really, we’re all being asked to make the smallest of sacrifices.

By not seeing your mate, you might be saving their life.

By not hugging your mum, you might be keeping her alive.

And by covering your face, you’re contributing to the safety of every single Victorian.”

His final words utilize we in another attempt to bring everyone together and create a sense of duty among Victorians.

“Day by day, decision by decision–we can get on top of this.

But we need your help.”

With this statement, Andrews shows that his province is working proactively to battle the virus, rather than reactively, before cases get out of control. His messaging showcases an understanding of the task at hand, but encourages a unity and sense of calm, even though it is a scary time.