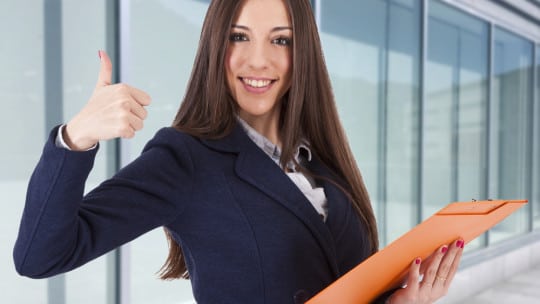 A journalist hailed one pitch as “the best pitch I have received. Ever, actually.”

The other got posted to the recipient’s Facebook and Twitter feeds as an example of how not to pitch with the hashtag #cringeworthy.

My followers shared these two pitches with me recently, a few days apart. What struck me was how similar they were. The PR pros who wrote them don’t know each other, but they were both using the same approach to grabbing the attention of their target journalist. Both did it well, in my opinion.

The key difference boiled down to one word in the “bad” pitch that dramatically shifted the perspective (and subconscious) of the reader. It created a totally different feeling in the reporter who received it than what the PR pro intended. I’ll explain that below, after I walk you through the “good” pitch.

This example comes courtesy of Adam Yosim, whom I met last month when he attended my Perfect Pitch workshop in his hometown of Washington, D.C. Adam had left the broadcast journalism ranks a few months ago. He was a bit hesitant about pitching because he knows from personal experience how infuriated some journalists get when they receive irrelevant and sloppy pitches.

We worked through the material together and he saw how applying his eye for a good story and customizing a message for an audience can actually help his target journalists do their jobs better. As a former journalist, Adam possessed these skills. Adam’s energy shifted from reticent to enthusiastic.

Four days after the workshop, he sent me the success story. He explained that he was targeting a reporter for an important trade outlet. As part of his research, he noticed that the reporter had tweeted about a colleague bringing a French press to a Friday editorial meeting with the hashtag #FrenchPressFridays.

So he included “#FrenchPressFridays” in the subject line of his pitch email. He explained that he’s also a French press fan who uses the device to make cold-brew coffee. Then he introduced his client—which is wholly unrelated to coffee—and explained a large contract it had won recently and why it’s important enough to warrant a story.

The Best Pitch, Ever

She replied: “Hi Adam, this is the best pitch I’ve received. Ever, actually. So thanks for that!,” and then asked some questions that led to booking the story.

To be sure, I’ve heard journalists complain about PR pros lazily inserting a reference to a recent tweet as trite. But the positive reaction shows that Adam researched this reporter properly and pushed the right buttons to make this approach appealing instead of off-putting.

Unfortunately, that pesky word, and the attitude it represents, is what turned the other pitch from one with promise to one held up for scorn.

Before I go further, I want to state that I believe the journalist in this case was unfair and unprofessional. If he didn’t appreciate the pitch, he could have simply deleted it and moved on. If he felt like there would be some teaching value in sharing it on social media, he should have at least omitted the PR pro’s name and email address. Veteran tech journalist Harry McCracken extended this courtesy when he famously posted bad pitches to his Facebook page.

Why Was This a ‘Bad’ Pitch?

That aside, what set off the reporter?

This pitch also used a clever subject line to attract attention and entice the reporter to open it. And in this case, the subject line actually related directly to the point of the pitch, which was to highlight an expert on Generation Z:

This playful style isn’t for everyone, I know. But I respect the PR pro’s attempt to make his pitch stand out in a cluttered inbox. And that much obviously worked—the reporter opened it, right?

Here’s where things went wrong. The first sentence after the greeting is:

“OK, I apologize for using the words ‘cray cray’ in an email subject line. Forgive me on that? It’s cringeworthy indeed.”

The key word here is “apologize.” Why use anything in a pitch if you’re going to apologize for it?

Can you see how the apologetic tone immediately creates a feeling of desperation around this pitch? The PR pro used a trick to get the journalist’s attention and then decided to backtrack.

I can relate to this feeling easily, because I used to have to do it. The importance of having confidence while pitching was a subject we discussed in an early column ( PRN, May 22, 2017). I’ll admit, though, it took me a while to become a confident media pitcher. Early in my career I felt the PR pro/journalist dynamic was entirely uneven—the journalist had all the power. I was just a peon begging for a morsel of attention.

In the case of the author of the so-called bad pitch, the PR pro crafted a great subject line. My advice is to own it, don’t apologize! Follow up with something like, “Did that Gen Z lingo get your attention? Even though many find such slang annoying (including me, FWIW), we may need to get used to it—by the 2020 election, 30 million Gen Zs will be ready to vote…”

Now go back to Adam’s pitch with the similar playful, creative subject line. Adam had a tougher hill to climb, because his didn’t have anything to do with the story idea he was pushing. But there’s no apology there—he just owns it, explains the connection and moves on.

That’s because Adam has learned that he can provide immense value to the right journalists: those who are stressed out every day because they have to find the exact kind of content that Adam has access to. Adam knows he just needs to find the right targets and clearly convey the relevance and usefulness of the information he has.

Researching your targets and crafting your pitch are certainly important. But those two skills flow naturally when you rid yourself of the mindset that you’re a pest and replace it with a desire to serve your target journalists.

That’s how you write the best pitches. Ever, actually:).

CONTACT: Michael Smart is the media pitching coach PR pros seek when they want to boost media relations success. He ad- vises everyone from Fortune 10 brands to nonprofits and sole proprietors. Learn more at: michaelsmartpr.com