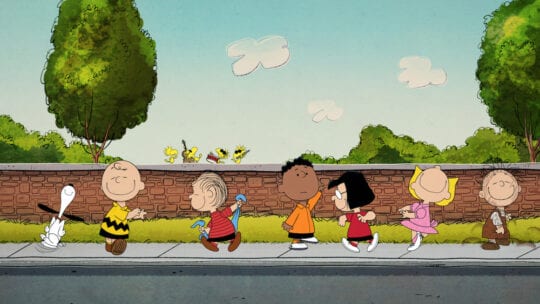 For many this holiday season, it is not, in fact, the Great Pumpkin, Charlie Brown.

“Peanuts” fans nationwide were dismayed to find out that the fall favorite would air exclusively on AppleTV+, the paid streaming service. While the special will be (temporarily, for a few days) free to non-subscribers, would-be viewers were not shy about expressing their displeasure on Twitter, with one user invoking Charlie Brown’s creator, Charles Schulz:

You've taken a holiday tradition that was accessable to everyone and put it on the wrong side of the digital divide. Charles Schulz would be sickened by your decision.

A devoted Christian, theologist and self-proclaimed secular humanist, Schulz wove philosophy and religious themes throughout his comic strip. In a 2016 homage, The Atlantic’s Jonathan Merritt wrote on Schulz’s legacy: “How many conversations around water coolers or dinner tables during the last half of the 20th century were shaped by Schulz’s strips? How many were taped to cubicles or refrigerators as spiritual encouragements?”

While we will never know for certain how Schulz would have felt about Apple’s monetization of “Great Pumpkin” (Schulz died of cancer in 2000), it stands to reason that he may not have been a fan of the move, if he were around to see it.

After decades of his trademark characters in the funnies section and on national TV, this year’s shift may seem drastic to a fanbase that views Peanuts as a family institution. And, in a year that has left many without the ability to connect in-person with their extended family or religious communities this holiday season—to say nothing of belt-tightening during an economic crisis—the loss of an annual family tradition has struck a nerve.

So, how has Apple responded to accusations of messing with an iconic brand? So far, it has not responded directly to the thousand-plus Twitter comments AppleTV received following its announcement on the social platform. Despite the original post’s 100,000+ views, an accompanying video received fewer than 500 likes amid a slew of negative comments and quote-tweets. This is what Twitter natives refer to as getting “ratioed.” It is not a holiday gift any brand desires.

On the corporate communication side, as we write, AppleTV has not issued additional press releases since the Oct. 19 announcement on its press page. The release mentions that several “Charlie Brown” specials will be available free on specified dates, but it buries the lede. In order to avoid criticism around paywalls and what appears as predatory monetization, the company really should include “for free” in the headline, as well as stressing the freebie more prominently in social media messaging.

Instead, AppleTV opted for “streaming exclusively” instead of “watch for free,” a missed opportunity. That exclusivity may be a bragging right for AppleTV, but what message is it really sending the audience? “Exclusivity” is surely not in line with the holiday spirit for many audience members.

Perhaps the brand would have been better served with Schulz-inspired emotional honesty regarding its “Great Pumpkin” purchase. As PRNEWS editor and longtime Cablefax reporter-critic Seth Arenstein puts it, “People are used to getting what seems to be free content on broadcast and cable TV. [But] it's not free. Something, or someone, is paying for the content you're seeing. For the most part, that something's been advertising." Granted, Arenstein admits, from a communication viewpoint, few consumers want to understand TV's business model, especially when it comes to an iconic brand that resided on 'free' TV for decades.

In an era when many households have swapped cable for streaming, TV advertising is in a very different place than it was 50+ years ago, when the special first aired. And if advertising isn’t monetization enough, the new streaming landscape will gobble up profits vis a vis exclusive streaming rights.

Could Apple have done a better job explaining the shift? Probably. Would a better explanation to national audiences of TV's business model have bolstered warm feelings for AppleTV+ following the “Pumpkin”snatch? Unlikely.

Regardless, the incident teaches communicators a valuable lesson this holiday season: Now is not the time to mess with what few annual traditions we have left.