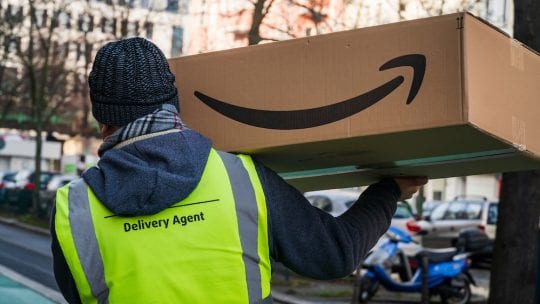 Can brands continue to stay out of the political spotlight, or have they reached a point of no return?

Recent developments in the Southeast seem to point to the latter.

Over the last week, two household names in the U.S., Amazon and Publix, were forced to respond directly to elected officials' comments.

Criticism of Amazon’s labor practices is not new, but has been at the forefront of recent negative press for the company. As votes for a historic unionization effort are tallied in Alabama, members of the political class have traded public blows with the corporate entity.

As Sen. Bernie Sanders prepared to meet with Amazon workers in Alabama March 24 in support of the union drive, Amazon CEO Dave Clark quipped on Twitter: “I often say we are the Bernie Sanders of employers, but that’s not quite right because we actually deliver a progressive workplace.”

In response, Rep. Mark Pocan (D-WI) called out Amazon for its labor practices.

1/2 You don’t really believe the peeing in bottles thing, do you? If that were true, nobody would work for us. The truth is that we have over a million incredible employees around the world who are proud of what they do, and have great wages and health care from day one.

The derisive tone did not reflect well on the company. Amazon issued a rare apology for the tweet, but called the lack of access to facilities “a long-standing, industry-wide issue,” a comment that The Verge’s Sean Hollister called a lightly veiled reference to UPS and Fedex and an attempt to deflect blame.

In nearby Florida, another pitched battle between a brand and elected officials is unfolding.

Axios summarized an April 4 “60 Minutes” report on “vaccine favoritism,” which alleged that supermarket chain Publix donated to Florida Gov. Ron DeSantis as part of a pay-to-play deal for vaccination site priority. Based on campaign finance reports the show obtained, "60 Minutes" reported a $100,000 donation from Publix to a PAC which DeSantis is a part.

Campaign finance reports obtained by 60 Minutes show that weeks before Florida Governor Ron DeSantis announced a partnership with Publix grocery stores to distribute the vaccine in its pharmacies, Publix donated $100,000 to his PAC. https://t.co/bS3ZBeET1W pic.twitter.com/BSUlpVbXSP

On "60 Minutes" (and in tweets), Rep. Omari Hardy (D-FL) argued that the Publix partnership made the vaccine far more inaccessible to low-income minority residents than to wealthier Floridians.

Gene Grabowski, partner at kglobal, sees the denial as an example of “the tendency of brands and individuals issu[ing] brazen statements that defy either real or circumstantial evidence.”

Given ever-decreasing trust in media, Grabowski adds, “It’s become more possible to [deny the facts] because enough supporters now find such statements credible and defensible. Those supporters provide their critical mass of defense to wrongdoers online or through their selected media outlets across the political spectrum.”

Mirroring DeSantis’ denial, Publix told CBS that establishing a connection between the governor's campaign finance and the store’s vaccine rollout was “irresponsible” (a jab at the network) while accentuating the positive: vaccination numbers.

"We are proud of our pharmacy associates for administering more than 1.5 million doses of vaccine to date and for joining other retailers in Alabama, Florida, Georgia, South Carolina, Tennessee and Virginia to do our part to help our communities emerge from the pandemic,” the company stated.

Publix’s focus on vaccination numbers looks to be its core communications priority—the grocer's newsroom is serving primarily as a hub for vaccine updates. A March 18 release noted a major milestone: one million vaccinations in Florida alone.

The mid- to long-term impact to brand reputation of the Publix campaign finance story in Florida and Amazon’s response to its union drive remain unclear. Communicators should note that the media and online audiences are not merely satisfied with the “what”: hourly wages (Amazon) and vaccination numbers (Publix).

Instead, the focus increasingly is on the “who": employees who have faced union-busting tactics, and exactly which populations are being vaccinated at retail locations.