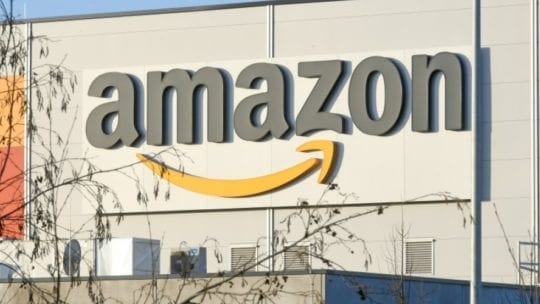 Unless you live under a rock (that doesn't have WiFi), you are likely aware that today is Amazon Prime Day. It's when the ubiquitous shopping site offers Black Friday-esque deep discounts on everything from electronics to apparel and household items. But the highly publicized event grabbed headlines instead for global protests and a work stoppage in Minnesota. Some Amazon staff are upset over working conditions and employment policies. This coordinated effort was timed to coincide with Prime Day, stealing from the fervor Amazon has worked hard to drum up. Tainting Prime Day has some considering a Prime Day boycott.

The Amazon employees' concerns are not new, but they were strategically ramped up as Prime Day approached. Last week, after a public protest statement by employees did not yield fruit, former Amazon workers said they would stage a rally outside CEO Jeff Bezos’ $80 million mega-condo in Manhattan. The effort was part of an eight-city protest of Amazon Web Services' plans to supply Homeland Security’s Immigration and Customs Enforcement division with its facial-recognition software. Pilots who fly for Amazon Air also said Friday that they are launching a digital ad campaign to protest their low pay. Former employees are publishing first-person accounts of allegedly horrific working conditions at Amazon. The AFL-CIO also released a statement today in support of the employees. It is urging legislative action.

The Prime Day protests could not have been much of a surprise to the e-retailing giant.

And it chose not to address them. Except of course, for Amazon SVP of operations Dave Clark responding on Twitter to a scathing segment on warehouse conditions by John Oliver.

As a fan of the show, I enjoy watching John make an entertaining case for the failings of companies, governments and most recently - Mount Everest. But he is wrong on Amazon. Industry-leading $15 minimum wage and comprehensive benefits are just one of many programs we offer... https://t.co/3PACVFyJPa

Many argue that not responding is a poor strategy for handling what could become an internal communications crisis. It's likely Amazon figured that the blowback would not have a significant impact on sales. In addition, it probably has a plan to fulfill orders in spite of the strikes. But in the long-term, allegations of abusive employee practices and staff protests will unavoidably damage the brand's reputation—and eventually, its sales.

It is unclear if Amazon has plans to try to mitigate this. In addition, its actions so far deviate from many of the best practices for companies handling a major employee uprising or internal communications crisis:

Start with candor as a core value. Amazon's senior management does not appear to be seeking constructive feedback from employees, and instead is ignoring the concerns raised. Having employees be brand ambassadors is important, and employee feedback can often bring about change that improves the organization. This was also evident in Amazon's refusal to consider a climate change plan that 7,700 employees proffered in May.

Set up internal channels for discussion. It is not clear if Amazon has these, but its employee protests are invariably being conducted on the public stage. This would indicate that attempts to communicate internally have failed.

Anticipate employee concerns and questions and expect internal comms to go viral. Amazon knew in advance employee uprisings would mar Prime Day. It could have demonstrated its humanity and built up its brand reputation by publicly acknowledging staff concerns or even announcing policy changes.

Display empathy. See above. Amazon's refusal to acknowledge employee complaints is adding fuel to those grievances. The brand appears heartless.

Another crucial aspect of effectively handling an internal communications crisis is learning from that crisis. What, if anything, has Amazon learned? Amazon's inaction will be an important case study for communicators—can a brand be too large and successful to be held accountable for its internal policies in a meaningful way? When it comes to the impact of poor internal crisis comms, will Amazon's power make it an exception?

PRNEWS has reached out to Amazon for comment. We'll update this story with any response.

Melissa Hoffmann is content director for PRNEWS. She can be reached at mhoffmann@accessintel.com. Twitter:@editormelissa