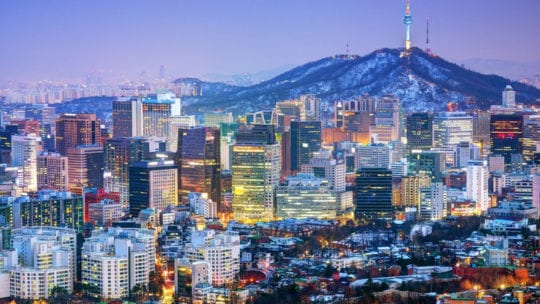 At its core PR is about relating information to the public. Few governments are doing that better than South Korea as it battles coronavirus.

South Korea wouldn’t think of its transparency and rapid communication of information as public relations. But PR pros recognize South Korea's use of openness and transparency. They would admire its tactics, speed and technology.

Outside of China and Italy, coronavirus has hit no country harder than South Korea. More than 82,00 cases are reported (as of March 16, 2020). Fortunately, new cases have been trending down in recent days.

The nation’s success against the virus is attributable in part to the varied, transparent and innovative ways the government has been communicating. Importantly, the communication is aimed at citizens and foreigners living in the country. Some highlights:

Testing also has played a major role. The nation of 51 million has conducted more than 222,000 tests, far more than any other country – including China – per capita. South Korea has made testing free for anyone who wants a test and has made it convenient.

To increase the critical component of testing, the government does not require the customer to come to the product. South Korea has nearly 60 drive-through coronavirus testing centers around the country. It plans to ramp that to 90. The tests are free and people learn their results in moments.

South Korea has the world’s fastest internet. In addition, it was the first to roll out commercial 5G connectivity. It makes sense, then, that the country would be a hotbed for mobile apps.

South Korea’s response and communication recalls Johnson & Johnson’s best-practices response to the 1982 Tylenol crisis. J&J pulled 31 million bottles of Tylenol from shelves, created a national ad campaign to inform customers and developed tamper-proof bottles. The company’s market-share crashed in the wake of the poisoning. Eventually, it rebounded, thanks partly to the company’s virtuous response.

What are the common threads running through the South Korean and J&J examples? Transparency, honesty, speed and customer service. The building blocks of effective PR.

In some ways, it’s unfair to compare government communication during a health crisis. On the one hand you have a relatively homogenous nation of 51 million people such as South Korea. On the other hand, you have the US, a melting pot more than 6 times the size of South Korea.

In addition, there are other factors that make straight-up comparisons difficult. For example, as Frank Ahrens's  article above hints, South Korea’s government has wide authority to access personal data of those confirmed to have infectious diseases.

Seoul can even make some of the data public information. This allows those who might have been exposed to get tested.

South Korea’s monitoring of its sick has benefits. When a hospital bed opens, an app notifies the sick person, who is whisked to a hospital via ambulance. By the way, all this is free.

As we know, things are vastly different in the US. With coronavirus’s onslaught, the decentralized nature of America’s public health system is under a klieg light. Rather than a system, it’s a pastiche of governing bodies at state, local and federal levels.

The pastiche of health care governing bodies has been anything but consistent in their recommendations and communications. At least so far.  Some states have closed restaurants and schools, others have not. As recently as March 15, the federal government's chief communicator, President Trump, said the US has "tremendous control" over the virus. Minutes later, Dr. Anthony Fauci, who serves on the White House's coronavirus task force, said the worst is ahead. Moreover, some governments have communicated faithfully, others are relatively silent.

US residents and businesses are caught in the middle.

As NY Governor Chris Cuomo said yesterday, “You see a whole hodgepodge of efforts being taken across the country. This state is doing this, this city is doing that. It's chaos. I think that actually feeds the feeling that the country is out of control…The federal government should put one position in place and coordinate it with the states."

The situation has gotten to the point where states are taking leadership positions.  For example, NY, NJ and CT said today (March 16) they will take a regional approach to combatting the virus. They did so, the trio said, because of “a lack of federal direction and nationwide standards.” [Note: The states did this prior to the March 16 press briefing where the president took more of a leadership role on the virus.]

The three states don’t want people state shopping. If NY citizens don’t like the state's policies about shutting bars and restaurants, they shouldn’t be able to go to neighboring states, Cuomo said in announcing a three-state policy today.

The three states communicated the package extremely well. They used a variety of methods, including a news release, video, audio and a rush transcript of a 2:45pm ET press conference that Cuomo led.

Prior to today’s NY-NJ-CT announcement, certain localities communicated virus news via television and social media. Teaneck, NJ, for example, issued a release Saturday night (March 14) urging residents to self-quarantine. This came after 18 cases of coronavirus were discovered in the area, right outside NY City.

Perhaps some from NY, NJ and CT will head to Miami Beach or Ft. Lauderdale. The beaches are closed, the cities said during a press conference. Restaurants and bars are open, but only till 10pm. That's to discourage gatherings of more than 250 people. Of course, late today, the president discouraged gatherings of more than 10 people. And with Maryland shutting bars and restaurants, some western Marylanders could easily head to Virginia to drink and eat.