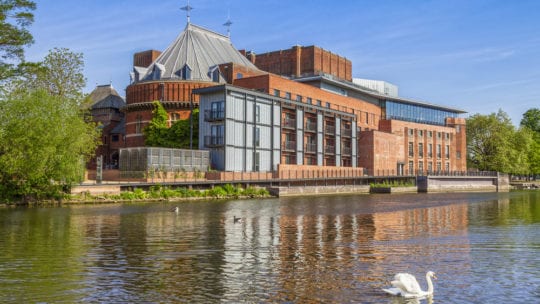 You hear it in PR circles all the time: Make sure your brand's values are in line with its actions. In other words, talk the talk, but also walk the walk.

In the digital era, where seemingly everyone has a voice, you can broaden this concept to read: Make sure your brand's values also align with those of the majority of your employees. If not, you might find the media tweeting stories about staff complaints with life at the company. It's the digital equivalent of airing dirty laundry.

The latest hubbub in this loaded topic occurred across the pond, where the Royal Shakespeare Company (RSC) of Stratford severed ties with one of its long-standing sponsors, BP. "Ah," Shakespeare might have said, "t'was only that simple."

The final push to have the Bard boot BP came from students. In doing so, they literally bit the hand that feeds them.

"Over the past eight years our sponsorship has enabled 80,000 young people to see RSC performances at reduced rates," BP said in a statement. The £5 tickets ($6.16 at the current exchange rate) went to students, aged 16-25, courtesy of BP. The company donates £7.5 million ($9.2 million) per year to arts and culture in the U.K.

But hell hath no fury like subsidized students scorned. In a recent letter to the theater sent during climate change week, students blasted BP and its tickets.

'To Thine Own Self Be True'

"These sponsorship deals allow BP to pretend that it cares about young people by giving them 'the chance to be inspired by amazing live performances and kindle a lifelong love of theatre,'" the student letter reads.

"In reality," the letter continues, "BP is jeopardizing the futures of these young people they apparently care so much about, by continuing to extract huge quantities of oil and gas, and actively lobbying against the climate change policies that we school strikers are pushing so hard for." Ay, there's the rub.

In fact, the students were not alone. No less a thespian than Sir Mark Rylance, arguably one of the great Shakespearian actors of our day, departed the Royal earlier this year. The theater's BP ties upset Rylance too.

At the time of his departure, Rylance wrote that he did not "wish to be associated with BP any more than I would with an arms dealer [or] tobacco salesman."

'He That Wants Money...is Without Three Good Friends'

Lest you think Rylance's "let's away" from the Royal was made easier owing to his recent good fortune. While roles in Spielberg films and an Oscar win in 2016 have put multiple ducats in the Rylance knapsack, the actor is a long-standing environmentalist. Your writer spied him riding a bicycle after appearing on the Broadway stage. His opposition to the BP-Royal tie is far from new.

There are more than a few nonprofits that, like the Royal, accept money from large brands; some portion of the population deems these companies unseemly. The question then becomes what to do. Can nonprofits afford to sever ties with significant donors? Or as the Bard wrote, "Money is a good soldier, and will on." For PR pros in the nonprofit sector, it's wise to peruse your donor list.

'Give Dreadful Note of Preparation'

One takeaway for all communicators echoes a core rule in crisis PR: prepare now for future challenges. This is particularly true for brands vulnerable on environmental issues. There are bound to be more scraps with young climate advocates. And faster than you can say, "Brevity is the soul of digital content," you might be faced with one.

BP says it is committed to making energy "cleaner and better." If BP is doing so, it will be the job of its communicators to craft a clear, concise message to the public about that.

Our hope is that another brand steps once more into the breach and offers subsidized theater tickets for England's youth. Without such a program, parents face the difficult choice of purchasing expensive tickets or having their children forego Shakespeare...to buy or not to buy.

Seth Arenstein is editor of PRNEWS and yearns to play King Lear. Follow him at: @skarenstein