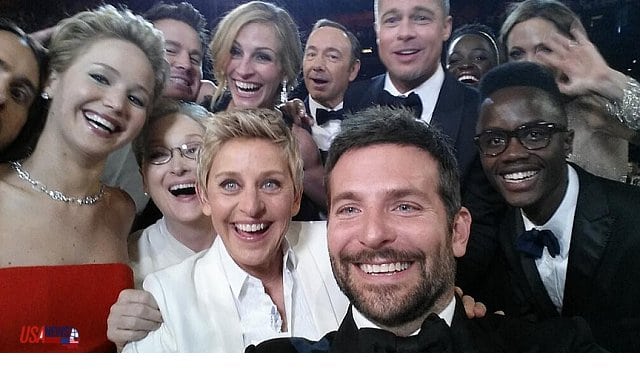 It's shaping up to be a week of apologies. First, there was Ellen DeGeneres' joke-infused apology for months of allegations that the "Be-Kind" lady's show houses a toxic work environment. Moreover, talent and staff claim Ellen is unkind. In the opening monologue of her first show back from summer hiatus Monday (Sept. 21), Ellen addressed the issues. Sort of.

Similarly, Wells Fargo CEO Charlie Scharf apologized this morning for a June 18 memo. The June memo read in part: “While it might sound like an excuse [for failing to reach diversity goals], the unfortunate reality is that there is a very limited pool of black talent to recruit from.”

At least Ellen and Scharf made the right PR crisis move. Both addressed their situations. Scharf gets the edge for moving promptly.

Earlier today, we promoted content that we felt would be meaningful in light of today’s events. That was, quite simply, the wrong call. We've taken the posts down and are deeply sorry. Thank you for holding us accountable – we will learn from this.

Apology During a Talk Show

Purely as a piece of communication, Ellen's semi-serious monologue was excellent. Owing to the jokes and other devices, most of those watching at home–except disgruntled former and current Ellen staffers–almost forgot about the awful press surrounding Ellen and her show. The monologue worked less well as an apology, though.

As crisis communicators know, an apology's tone is critical. Ellen's body language made her delivery seemed forced and the addition of quips into a serious speech upset the apology's tone.

To start the show's 18th season, Ellen devoted some four minutes to her apology, not an insignificant amount of time in TV terms. There was an investigation "and I learned things happened here that should never have happened. I take that very seriously. I want to say I'm so sorry to the people affected."

Then came: "I realize I'm in a position of privilege and power, and I realize with that comes responsibility. And I take responsibility for what happens at my show. This is the Ellen DeGeneres Show." Cameras showed Ellen logos on set. "My name is there...and there...My name is on underwear." That joke broke the apologetic tone.

Besides interspersing jokes, Ellen, or whomever wrote her monologue, made several more crisis communication mistakes. Ellen mentioned, "We've made the necessary changes, and today starts a new chapter." What changes? Which problems will they address? Without providing details, Ellen moved to allegations against her "Be Kind" persona.

Again, jokes were mixed in, and the punchlines were better in this section. Although they were better placed, the jokes still seemed awkward as part of an apology.

"In truth, I am that person you see on TV. But I'm also a lot of other things...I get sad...mad...impatient. I am a work in progress. And I am working on all of that. Especially the impatience thing. And it's not going well...it's not happening fast enough, I will tell you that (laughter)."

It was a good set-up for the joke. Note that Ellen failed to apologize here. In addition, her use of the word "if" hurts her case: "If I've let someone down or hurt someone's feelings, I am so sorry for that."

She also sought sympathy. "If that's ever the case I've let myself down and hurt myself as well." That's a PR crisis communication mistake. Get sympathy from your family and pet. During an apology, apologize.

A Try for Sympathy

Similarly, she tries, weakly, to gain additional sympathy. "I came into this business to make people laugh, "but now I'm the boss" of 270 people, she said.

Then follows some deft deflection. Ellen changes the subject. It was an "awful summer," with COVID-19, job losses, forest fires and systemic racism. "I still want [the show] to be the place where people come to laugh for an hour everyday."

"She didn't take enough responsibility," Haberman said. The show fired three executive producers this summer. Berndtson added the apology came too late. "The apology seemed authentic...yesterday." Both acknowledged the Ellen saga is far from over and that it might result in trouble eventually.

Scharf's apology memo this morning was yet another in a long line of bungled Wells Fargo PR efforts.

This morning, Scharf wrote: "I apologize for making an insensitive comment reflecting my own unconscious bias." An excellent start, and he's right.

However, the last bit of the next sentence is appalling. "There are many talented diverse individuals working at Wells Fargo and throughout the financial services industry and I never meant to imply otherwise" (our emphasis).

Scharf should own his lack of sophistication about diversity and inclusion. In addition, he should promise to get educated.

Another problem is the apology memo's overdose of deflection. In a 578-word memo, Scharf's mea culpa is 119 words.  And that's being generous.

Those 119 words include non-apology language verbiage like, "I’ve worked in the financial services industry for many years, and it’s clear to me that, across the industry, we have not done enough to improve diversity, especially at senior leadership levels." This is an apology, not an opinion essay about diversity and the financial sector.

The rest of the apology memo, 459 words, details and applauds the bank's diversity efforts. Not mentioned are Mr. Scharf's silly remarks from the June memo.

It appears that despite its awful communication record during its many crises since 2016, Wells Fargo has yet to absorb the basic lesson that an authentic, transparent apology will do more to bolster the brand than deflection.

And speaking of transparency, Wells might benefit from discussing openly its issues with Black and Brown people. Doing so might lead to a larger pool of diverse talent.