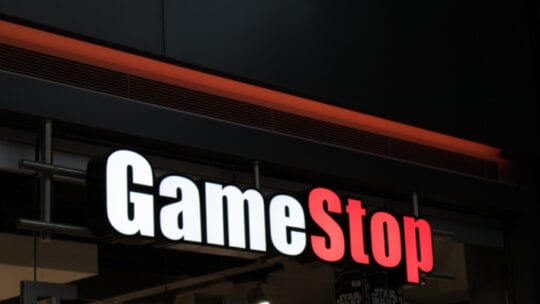 If you went down a rabbit hole to learn about Reddit, Gamestop and the events on Wall Street, you’re not alone. Reddit users, savvy online investors and internet enthusiasts everywhere have reveled in their ability to take a household brand name and make it relevant again, all while sticking it to the financial institution’s old guard.

Throughout this fiasco there are several lessons for communicators.

Earlier this week, the shock and outrage from Wall Street’s old guard was front page. CNBC and Fox Business hosted angry hedge fund managers and institutional investors. They had no idea what was happening and couldn’t stop it.

This also is a reflection on their PR and communication teams. PR is supposed to prepare them with more than just talking points. They should offer insight into positioning companies and spokespersons to the public. PR didn’t do its job. Instead, they let their thought leader clients go on national television and present little more than emotion, and nothing less than ineptitude. These thought leaders appeared out of touch.

This, of course, could have been avoided. If you spend a little time on Reddit, especially the /wallstreetbets subreddit that started much of this week’s fun, you can get a sense of emotion. Users were not only showing anger, but vengeance.

These traders figured out a perfectly legal formula to upend traditional US capital markets and make a buck off those who they perceive controlled the market for some time. This week’s events are as much about getting even as they are about making money.

Too often, PR pros are taught to monitor the news everyday. This often means checking search alerts for brand mentions or, for some, skimming an autogenerated weekly report.

This is not enough.

The savvy PR pro pays attention to all platforms and discussions, including those on private message boards, closed Facebook groups, Reddit, Substack and many more.

Had they been listening effectively, PR pros wouldn’t have missed the driving factors behind the stock uprising. Instead, the best they could do was rehearse talking points.

This brings us to our next point. If you’re going to say something to a journalist, make sure it's substantive.

There is one shining example of someone who was prepared for a media appearance, and that’s Chamath Palihapitiya, the venture capitalist, founder and CEO of Social Capital. He's an outspoken critic of many things old guard. He appeared on CNBC’s Fast Money: Halftime Report and exhibited an effective, proactive PR stance.

First, he was ready. He acknowledged spending days on Reddit to learn about the situation. Then he addressed the sentiment and mood of retail investors driving up Gamestop’s price. This demonstrated his ability to understand the situation while keeping his emotions in check. He spoke clearly to the points he believes in, using examples to seemingly side with the retail investors.

Why would Chamath do this? Because he understands public sentiment and wants to be more than just on the right side of history. He didn’t want to appear weak and as though he was complaining because he and his Wall Street buddies missed out on a few million (or more) this time.

It was good PR preparation from Chamath, and his team, and it stood out in sharp contrast against his peers. Understanding this momentum and sentiment benefited him.

Had other PR and media professionals taken the same approach, they would have been  saved some embarrassment for their clients and spokesperson(s).