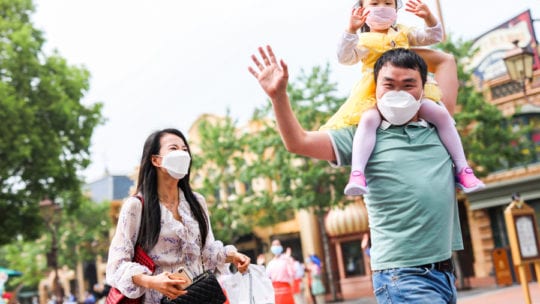 The autobiography of Disney’s former CEO and current executive chairman contains the most valuable lesson any PR pro can learn about working with executives.

The Ride of a Lifetime is Bob Iger’s fascinating account of his rise from a peon getting bullied at ABC Sports to wooing Rupert Murdoch into selling him 21st Century Fox (which is why you can now watch all 639 episodes of The Simpsons on Disney+).

But here’s what stood out to me: Throughout the book he discusses only a handful of Disney executives by name. And one of those who makes recurring flattering appearances is his head of corporate communications, Zenia Mucha.

She’s there advising him through key moments in his career, starting even before he was CEO. Comcast launched a hostile takeover bid right before Disney’s annual shareholder meeting. Iger’s predecessor was too embattled and emotional to respond capably to critical media coverage. Mucha found Iger at the hotel where the shareholder meeting was taking place and told him, “You have to go out and talk to the press. We need to get our side of the story out.” She pinged some journalists and then walked him down to the lobby, where he took questions for an hour.

He writes in the book, “I look back on that moment and feel proud for having been able to stand there and hold my ground.”

After Iger took the helm, he relied on Mucha during key moments. When Roseanne Barr’s racist tweets caused a firestorm, Mucha was one of four key advisors he called. After they decided the famous but volatile star need to be fired, Mucha wrote the statement announcing the move.

When an alligator attack took the life of a toddler at Disney World in 2016, Iger and his executive team were in China for the opening of Shanghai Disneyland. Iger consulted with Mucha about a response to this heart-wrenching incident. Mucha was the one who tracked down a phone number so Iger could speak with the grief-stricken parents.

As a PR nerd, I always want to know how super-pros like Mucha get that access. And fortunately for you and me, Iger tells us.

She’s tough, she’ll tell me straight to my face when she thinks I’m making a mistake, and she always has the best interests of the company at heart.

As proof, he later confesses to a bit of a habit for telling reporters about small decisions he’s made, which makes him look like a micromanager. He quotes Mucha telling him, “Bob, you know you did that, but the world doesn’t need to know, so shut up!”

Now, that doesn’t mean we should all go and tell our CEOs to shut up. Mucha has been at Disney since the turn of the century, so she’s clearly built up this credibility over time. But Iger shows us the clear path to earning the type of respect Mucha enjoys–not to mention her $5 million annual salary, if that kind of thing matters to you.

You first prove to executives that you know and act on the company’s needs–not your own, and certainly not the media’s. And you prove that you’re not a yes person–that you’ll give them straight talk, every time.

Once, after a new CEO took over my organization, I dropped something off at his office. He stopped me and asked me about myself for a moment, and then he said, “When we’re in the middle of it, I want you to argue with me, okay?”

A couple years later, during a big crisis, I took him up on that request, and he didn’t really like it in the moment. But I knew that he valued truth, and when I later left that job he told me, “The most important thing you have in your business is your integrity.”

If you’re working for someone who isn’t interested in that kind of straight talk, then your career is going to be constrained by that executive’s limitations. If you want to stand out to a star like Iger, now you know how.

Michael Smart is a PR trainer and coach to brands including General Motors, Intercontinental Hotels, and St. Jude Children’s Hospital.