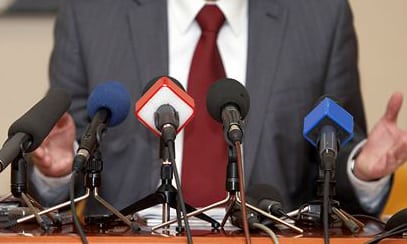 Years ago, politicians were known for truth bending. They’d flip-flop on policy questions. A politician would take a position on a policy issue. When the wind blew the other way, the politico subtly changed their mind. The term of art was expediency. Constituents and journalists expected it. Authenticity and transparency were yet to appear in a big way. We all change our minds, right?

Sometimes, politicians were forced to eat their words. Recall Peggy Noonan’s memorable pledge, written for George H.W. Bush: “Read my lips. No new taxes.” That helped Bush get to the White House in 1988.

The 1990 budget agreement included an extension of existing taxes and president Bush, needing to compromise with a hostile Congress, agreed to the package. So, while the resulting taxes weren’t new, they seemed so. Fairly or not, Bush was attacked for backtracking on a campaign promise.

Of course, those examples were limited to policy. When it came to their personal lives, politicians were and are people. And some people lie. Some lie to cover up embarrassing situations. Others lie to aggrandize themselves.

Garden-variety lying about politics seems far more in fashion in Washington now. It makes the political culture of the previous 40 or 50 years seem Pollyanna-ish.

“Whoa, whoa, whoa, I just think we have to be very clear,” Cavuto said. “She’s charging that the other side is welcoming fraud and welcoming illegal voting. Unless she has more details to back that up, I can’t in good countenance continue showing you this.”

Another case in point is the now-ousted Secretary of Defense, Mark Esper. His, though, is a complex situation. On the one hand, Esper deserves some credit. He argued policy with the president more than once. His ouster, then, was a mild surprise, national security ramifications aside. [Note, a top Pentagon policy official resigned today.]

In an administration whose leader demands complete loyalty, Esper managed to distance himself several inches from the president. His most glaring disagreement was on using active-duty troops to police citizen protests. Esper was, he said, an uninformed participant on the walk through Lafayette Square on June 1, en route to the president’s bible photo op.

Esper bent, though. Breaking with the president, he ordered active duty troops to return home June 1 after bringing them to Washington, D.C., possibly to quell more protests. Like politicians of old, though, Esper flip-flopped on that decision, presumably after a White House meeting.

Still, he showed a semblance of spine on other issues too. The president and he disagreed on maintaining confederate names on military venues. Those names should remain, the president argued. Esper also seemed to differ with the White House on how to handle the coronavirus-plagued USS Theodore Roosevelt.

Unfortunately for Esper, he saved his worst for last. Before his firing Monday, he did an exit interview with The Military Times. The headline sums up Esper’s view of his time on post: “Esper, on his way out, says he was no yes man”.

In the article, Esper is quoted as saying:

In fact, a video of him doing so was used in a re-election video. Once again, video makes lying about past actions difficult, though not impossible.

In a sense, Esper’s revisionist history is not too different from what some lawyers and firms, who’ve profited handsomely from representing the administration, are doing. If the lawyers' backpedaling isn't bad enough, word is that The Lincoln Project has targeted them.

On the upside, we're certain there are PR pros who are more than happy to counsel these attorneys and Esper.