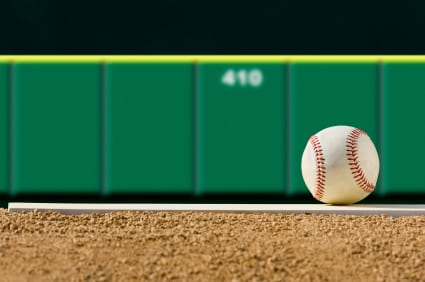 Professional athletics have returned to provide occasional escape from reality. Similar to the return of restaurants and school during the pandemic, sports aren't quite as we remember them. The leagues and their media partners are doing what they can to keep viewers from noticing this by supplying artificial crowd noise and cardboard cutouts of people in the seats.

One of the true baseball fans in our office reminded us that the limits of this technology have, at times, been on display. For example, the July 30 game in Cleveland, when cameras caught slugger Nelson Cruz of the Minnesota Twins walking too close to the stands and passing phantom-like through nearby fans.

There's something sad about playing games in empty stadiums, we admit. But technical wizardry doesn't always lift our spirits. For every nostalgic recast of the late broadcaster Harry Caray singing "Take Me Out to the Ballgame" from Wrigley Field's video board, there seems to be a moment of overreach that insults our intelligence.

We're not picking on baseball. Too many quality organizations engage in the delusion that we wish to be deluded. It isn't just about keeping bad news from getting out—which can create its own problems—but also refusing to acknowledge what already is common knowledge. While some people want to hear only what they want to hear, most of us want to hear—and see—the truth.

You can score points for candor when you say what everybody knows, but nobody expected you to say. That's not because people want organizations or leaders to be embarrassed or humbled. It's because authenticity communicates respect.

Being authentic is, of course, one of the most important obligations we have as PR pros. Lack of honesty and transparency will kill a message quicker than an opponent’s counter arguments ever could.

We can't wait for fans to fill stadiums and arenas again. For the time being, though, we prefer to see them as they are, rather than as we wish they were.