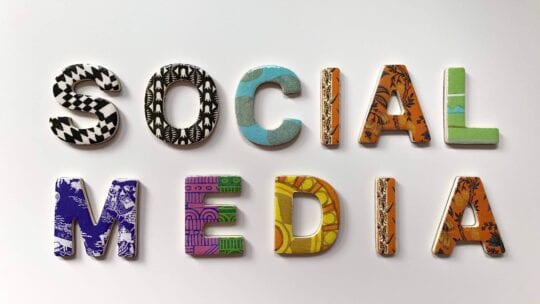 Public relations has never been more of a juggler’s act. Today’s communicators split their workloads between reputation management, crisis prep, media relations and in many cases, traditional marketing disciplines, like social media and creative.

In 2020, the COVID economy brought waves of layoffs and budget cuts, making it increasingly likely PR pros have had to take on the monumental task of overseeing all of their brand’s social media activities solo or with a skeleton crew.

As communicators take stock of their existing social media toolkit and prepare for Q1 campaigns in 2021, it may be helpful to look at this year in terms of its most noteworthy social media trends and updates.

Here are five social media developments, per the PRNEWS editorial team and wider PR community, that have impacted communicators in 2020—and that are likely to have staying power.

Remember the “death of organic”? The dark ages for those without a paid social media budget may be over, says Patrick Pho, senior content producer and production manager at Volkswagen. “What makes TikTok the social media platform of 2020 isn’t just the escape it provided everyone. It is also about the algorithm (love it or hate it) that gives anyone the opportunity to become ‘TikTok Famous.’ In 2020, anyone—no matter their follower count—could riff off a meme, tell a story, or do a little dance, and it as long as it was entertaining enough it would reach more and more people.” That’s the difference that makes TikTok stand out in a world where organic reach is all but dead on legacy platforms. The content that goes viral on TikTok isn’t all that different from what worked back in the early days of social media, Pho adds, “but now you don’t need a media buy in order to reach hundreds, maybe even thousands of people.” And, TikTok is on its way to television after sealing a deal with Samsung, potentially challenging the dominance of streaming platforms like Netflix, Hulu and Disney+.

Even as TikTok continues to sweep the globe, it is far too soon to dismiss monoliths like Facebook and Twitter, says Pho. He notes that both platforms have “flexed their muscles” in response to TikTok’s social media darling status. “The legacy platforms know how to compete with new upstarts,” Pho argues, pointing to the tradition of copycat moves from Facebook (Stories, Reels) and Twitter (Fleets). Still, Pho notes, brand boycotts of Facebook and increased scrutiny over the 2020 election cycle indicate cracks in the armor of the elder platforms. Pho also hints that legacy social platforms’ regulatory woes are far from over: “A new administration will certainly make things interesting and keep the spotlight on Facebook and Twitter alongside TikTok.”

The Year of Remote Connection

Locked indoors for nine months as the virus has continued to rage, consumers have yearned for meaningful contact with friends and family. “2020 was the year we were all sent home and not allowed to come out,” summarizes Justin Buchbinder, director of social media at Finn Partners. In response, he says “social networks jumped into action and provided us with new opportunities and upgrades that allowed us to connect digitally.” Buchbinder points to Instagram and Facebook's live video updates, which have included:

In addition, says Buchbinder, Facebook, LinkedIn and other platforms offered ways to monetize events, “provid[ing] us with sorely needed functionality that will only continue to help us make the best of a bad situation in the year to come."

Kelly Stone, senior director of global social media at CompTIA, says LinkedIn Live’s growing feature set in 2020 has proved invaluable for her company. And, Stone says, LinkedIn Live showed promise, even before COVID-19 devastated the globe. “Getting in early on this, before the pandemic, gave us an edge in speaking directly to our audience,” Stone shares. “We've since done nearly 100 live broadcasts and recordings using the software behind LinkedIn Live with phenomenal engagement and conversion rates to match.” LinkedIn may not have made quite the splash that shiny new platform TikTok has, but has quietly armed communicators with organic success and a high potential for conversions.

2020 was the year of at-home crafts, and many consumers got hooked on feel-good, “passive” content. Forget emotionally-gripping television or celebrity videos—audiences have gone for a mood boost by watching DIY crafts from paint mixing to origami, play dough art to cake decorating. Content that can run in the background has proven soothing to the media-weary masses. Given the high engagement metrics, it’s likely communicators will employ more crafty creators for branded video in 2021, seeking to entertain without selling.