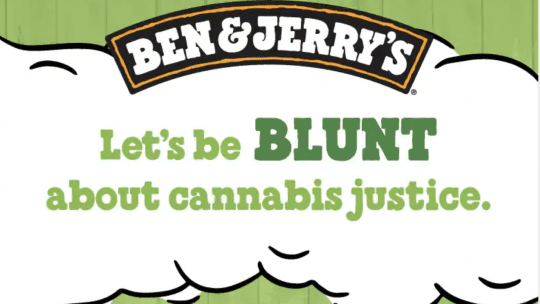 The annual acknowledgement of 4/20 on the calendar used to only conjure images of marijuana culture like tie dye, paraphernalia and notable tokers Cheech & Chong. However, with the legalization of cannabis, (36 states for medical uses, 17 for recreational use) it’s no longer surprising to see pot products or messaging in the mainstream.

And it’s not much of a stretch to find data regarding Americans' feelings on the once-scandalous drug. Fewer than 10 percent of U.S. adults believe marijuana should be illegal, according to a recent Pew Research survey. And 60 percent believe it should be available for medical and recreational use.

This puts communicators in an interesting position. While there’s a real opportunity to start including cannabis within client consideration, there’s also a real responsibility. Just as with any new product one is not familiar with, PR pros must learn terminology and ins-and-outs of industry legalities, such as product labeling. And without legalization in all 50 states, national campaigns are in a precarious position.

PRNEWS took an informal Twitter poll, testing the waters of how communicators felt about brands creating campaigns for 420. Only a minority strictly opposed it, with 40 percent urging brands to go for it, and about 44 percent saying it depends on the content.

How do you feel about brands creating 420 campaigns?

“At Mellow Mushroom, we strive for a mellowed-out vibe every day,” said Anne Mejia, Mellow Mushroom VP, brand development, in a statement. “No matter how guests mark the day, we hope they get online and order Mellow Mushroom Munchies for whenever their munchies hit on 4/20.”

Other brands turned their focus to education and working toward decriminalization and public policy issues. Ben & Jerry’s, known for transparent promotion of the company's social values, created a campaign to support the MORE Act, which would make cannabis legal nationwide and expunge prior convictions.

Have you ever noticed that most people making money from legal cannabis are white, while most of those still locked up for possession charges are Black? We think that’s wrong. Take action to support the MORE Act now: https://t.co/yH1t5PKkzB #420 #MOREAct pic.twitter.com/m69u50kNvl

And another legacy brand, not found in your freezer, but elsewhere, Playboy Enterprises, announced a month-long initiative supporting nationwide cannabis reform and advocacy. The media company will continue championing legalization and decriminalization of cannabis, focusing on people, policy and culture. This includes making notable contributions to the Marijuana Policy Project, but also providing a platform for education and advocacy.

In addition, Playboy will host a series of Twitter takeovers, handing the mic to notable members of the cannabis community throughout the month. They'll discuss cannabis culture and important issues facing the industry.

"Playboy has been fighting for cannabis rights for over six decades, and today we are closer than ever to achieving our goal of full federal legalization. Now is the time to make sure we do this right," said Rachel Webber, chief brand officer and president of corporate strategy at PLBY Group. "We are proud to support the amazing work our partners at Marijuana Policy Project are doing to ensure that the new laws enacted around legal cannabis are humane, combat injustices, and promote equality."

Just looking around and taking in the messaging regarding 420 is a good reminder that the more things change, the more they do not always stay the same. And communicators need to pay close attention to continually learn and adapt.