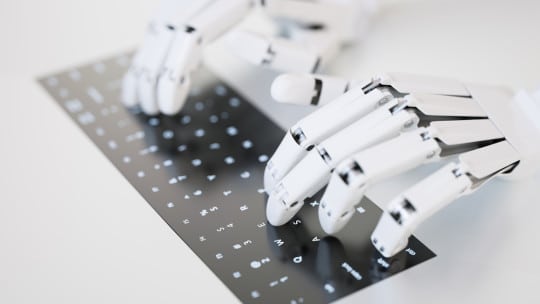 As you know, there’s a debate about artificial intelligence and what it might do to jobs.

For PR and marketing pros, the discussion is about augmented, not artificial, intelligence. And it has little to do with job displacement–something technology has done throughout history–but everything to do with the way augmented intelligence can supercharge our skills. Human beings understand context, history, culture and nuances; machines can process and organize a huge volume of data at high speeds. A human-machine partnership can take the concept of best of both worlds to new levels.

We’re drowning in data. Technology has proliferated so quickly that 90% of the world’s data was created in the past two years, according to IBM. Anyone who’s managed social media accounts knows the deluge is real. For example, when the video of Dr. David Dao being dragged off United 3411 broke in early April, the brand got 1.2 million tweets in one day.

How can anyone keep up with that kind of speed and scale? Fortunately, making quick work of massive, constantly evolving data sets is precisely where augmented intelligence shines brightest at the moment. If there is a pattern, a trend, even an anomaly of note, AI can surface relevant information much more quickly than any of us–working singly or in combination–could. In a world where a small story or shocking video can vault to the national stage quickly, speed is an undeniable advantage for communicators. It also can provide routine help with tasks that involve repetition, pattern identification and sense making, and/or large data sets.

Prediction: Expect augmented intelligence to get better and faster at making sense of large quantities of data.

Outliers matter. As a crisis unfolds, it’s not unusual to see different media outlets address the same information with very little variance. But what happens when a reporter has a new and different take? It is essential that communicators know about it so they can push for a correction or pivot quickly to address the new angle.

Augmented intelligence will flag anomalous content so brand communicators can swiftly decide what they need to do.

AI can be the Netflix of PR. If you’ve ever binge-watched Netflix, you know the power of the service’s suggested search (“Because you watched House of Cards, you might be interested in…”). Similarly, if you’ve typed a query into Google, you’ll see options pop up as you type, both to save you time and potentially to offer better options. Augmented intelligence for PR and marketing pros is moving in this direction.

Prediction: It’s feasible that an AI application soon will understand that you’re pitching a reporter on a particular topic and make a suggestion about the type of semantic language you should use based on the reporter’s work. Similarly, you might flag an article for your CEO to read and an application could suggest alternatives that also would be worthwhile. And in both instances, the machines would get smarter based on the interaction they have with you.

What does all this mean for communicators? We’ll need to adapt. In the short term, that will mean embracing the advantages AI will offer–speed, reliable analysis, even predictive capability–so we can do our jobs and serve our teams more effectively.