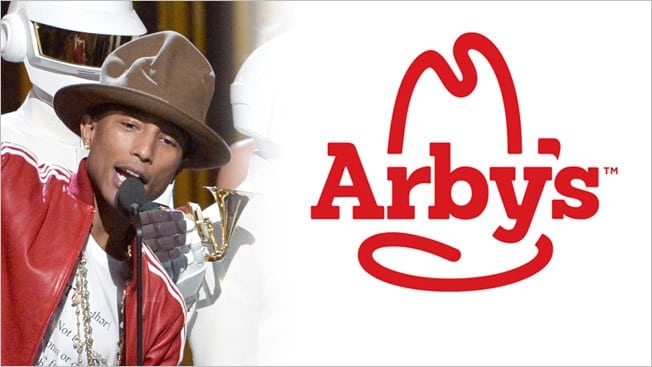 Ever since a number of branded real-time social media posts went viral—like Oreo’s 2013 Super Bowl blackout tweet—communicators continue to be on the lookout for the post that lays the golden egg. During last year's Grammy Awards, Edelman worked with Arby’s to hatch that elusive prize.

Prior to the Grammys, Arby’s was struggling with being seen as old and out of touch by younger audiences. Inconsistently participating in national non-branded conversations drove awareness down, causing the restaurant chain to miss the mark with millennials.

In an attempt to address this issue, Edelman saw the Grammy Awards as an opportunity to showcase Arby’s as creative and socially savvy instead of senescent and stuffy. The team struck gold when popular musician Pharrell Williams showed up in a Vivienne Westwood mountain hat that bore a striking resemblance to the Arby’s logo.

Y'all tryna start a roast beef?"@Arbys: Hey @Pharrell, can we have our hat back? #GRAMMYs”

Sure, there was an element of luck involved in the campaign. If Pharrell hadn't been wearing that hat, there wouldn't have been a tweet. But Edelman’s preparation and planning before and after the now famous tweet scored Arby’s continued coverage after the Grammy’s, effectively turning a single tweet into a whole campaign.

Below are three ways the Edelman team instigated a real-time communications event and took it to the next level for Arby’s.

Edelman's work brought Arby's' Grammy tweet over 83,000 retweets and 7,500 favorites and is now widely regarded as one of the top communications moments of 2014. The campaign also received a 2015 Social Media Icon Award from PR News.