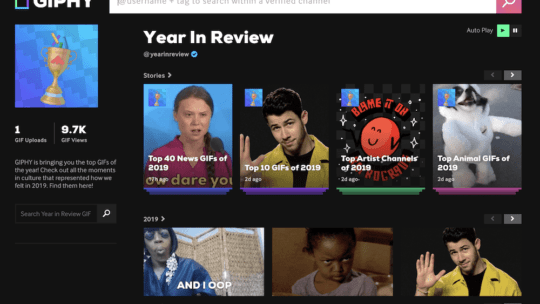 This is time of year when everyone makes lists. Children write letters to Santa full of wishes. The annual holiday card recipient list gets edited. Companies who still give bonuses make their determinations.

Each of these scenarios engages our human nature to find interest in an assessment of the personal. Whether it be based on merit, or surprise, we're always looking for a reading into where we fit among public perception.

Many publicly-facing companies with intricate user data understand this. They use that data to delight customers with end-of-year lists, summarizing audience tastes with pronounced statements of trends and future predictions, as well as personalized user habits from the months prior. If your friend expressed FOMO this week because they don’t use Spotify to receive its year-end and decade-end listener evaluation, Spotify Wrapped, you may notice the importance of this content strategy.

What does this mean for brands? An end-of-year smorgasbord for media mentions, content shares and article placements. Giving the public what they want, in a digestible format, is one of the finest public relations strategies. Lists inspire the media to spur further stories, as well as grab the attention of consumers.

We talked with Uber Eats and GIPHY, two global brands who take end-of-year lists pretty seriously while infusing fun and whimsy for the public, about their best practices and content strategy.

Four years ago, users only knew Uber as a ride-share company. It did not deliver takeout, or unlock electric scooters, or pick people up at a helipad. Because of that, Uber’s end-of-year trends lists expanded depending on product.

Uber's first year-end list was rides and where people were traveling, with data showing things like the most popular tourist destination. In its second year it launched a global campaign due to the comms team growing internationally, and the company expanded into Uber Eats, which attracted food press. Last year Uber added bike and scooter data. It now does a year in review across all markets.

Digital platforms and apps have made us all very self-aware. And data has allowed companies to embrace that. At Uber, the comms team remembers to "think like a user,” a sometimes rare opportunity, when deciding on deliverable data points.

Per Uber, the year-end lists started as a way to remind riders why they love the product, as well as to reminisce about where they were or what they ate throughout the year. The fact that it generates buzz is an added bonus for the PR team.

In addition to trends lists, personal rider recaps, much like the Spotify year-end wrap-up, caters to that user they are trying to reach. The personal rider recap is a bit more interactive, because who doesn't like to know more about themselves?  Uber believes that its data speaks for itself people actually go to these places.

One of the most popular sites on the internet, GIPHY, provides a product that users enthusiastically attach themselves to. This includes celebrities and major public figures. GIPHY began doing its Top GIF lists in 2014, measuring the top GIFs based on view count.

For context, GIPHY serves more than 10 billion pieces of content (GIFs, Stickers, etc.) every day. In addition to posting the list on its Medium page, GIPHY also has an official "Year in Review" channel which includes Top GIFs for categories such as TV, Movies, Sports, etc. This allows users and media to select the topics that may be of most interest to them.

Considered a creative technology company, GIPHY typically gets end-of-year list coverage in publications like Mashable, Fast Company and Adweek; but due to its trending popularity and niche differentiations, lifestyle sites such as Refinery29, Thrillist and even the WWE have also produced articles of note.

Natalie Vegel, director of communications at GIPHY, says that because GIFs have become such an integral part of daily communication, the importance of the lists have surged.

“Every year, we see our Top GIF list generate a lot of positive engagement and feedback from both the media as well as our partners,” Vegel said. “We have seen this list become a fun way to show what people were feeling and what cultural moments they were excited about during the past year.”

And the GIFs seem to do their own PR work in terms of social trending and shares.

“It's also meaningful to see how creators of these top GIFs — such as Lizzo, the WWE, Showtime, GIF artists like Megan Motown, etc. — take to social in order to show their excitement about being included in the list,” Vegel said. “We wouldn't be where we are without their content and creativity and are already excited to see what 2020 will bring.”