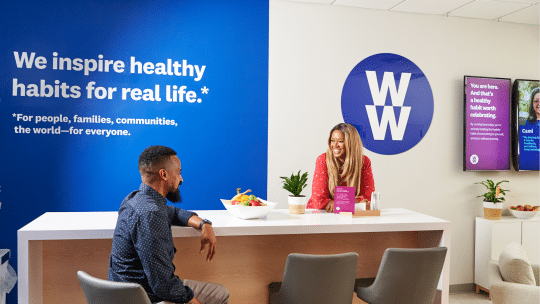 Successful writers and PR pros alike remember that the words we use carry a weight, a positive or negative connotation, and choosing what word to use can make or break your brand.

Global dieting brand Weight Watchers demonstrated an understanding of this on Monday Sept. 24 when it announced that it was rebranding as WW, or "wellness that works," forgoing the 55-year-old brand name to shift the focus away from dieting to highlight the brand's new emphasis on sustainable wellness products and initiatives.

"We are committed to always being the best weight management program on the planet, but now we're putting our decades of knowledge and expertise in behavioral science to work for an even greater mission," said Mindy Grossman, President and CEO of  WW. "We are becoming the world's partner in wellness. No matter what your goal is—to lose weight, eat healthier, move more, develop a positive mind-set, or all of the above—we will deliver science-based solutions that fit into people's lives."

WW will still retain its point-based diet system, which the brand maintains is science-based. The brand plans to eliminate sweeteners, flavors, colors and preservatives from its meals, and will also incorporate mindfulness into its definition of wellness, as WW has partnered with the meditation app Headspace. Furthermore, WW plans to update its app early next month to celebrate small "WellnessWins," a health and wellness tracker similar to those found on most smartphones that tracks not only meals and weight, but activities, too. Taking a cue from other successful online wellness communities, WW is also launching a Groups hub that allows customers with the same goals to connect in a forum-like setting.

The rebranding comes at a time when body positivity is in, and focusing solely on weight is often construed to be sending the wrong message to those working toward healthier lifestyles. To this end, eliminating "weight" from the brand name in favor of "wellness" demonstrates a brand that is keenly aware of the connotation that words carry, not to mention the fact that a name that may once have worked for WW upon its founding in 1963 doesn't quite fit the climate of today's health-savvy community.

Despite all this, the rebrand has been met with some criticism from members of the wellness community, who call it "diet culture in disguise."

Nutritionist Vincci Tsui, RD, said in the Washington Post that the rebranding is disingenuous because it fails to reform a core issue. "WW CEO Mindy Grossman has gone on record throughout this campaign to say that the company's primary focus is still on weight loss, so they are still perpetuating the myth that 'health' and 'wellness' are determined by body size," Tsui tells PR News. "This in turn contributes to the systemic weight stigma that people in larger bodies experience every day. WW isn't really offering anything new; rather they're simply repackaging their diet program as 'wellness' for their bottom line."

"What we announced this week goes beyond a 'rebrand,'" WW senior vice president of communications, Stacie Sherer, told PR News. "It is a reflection of our evolution, which began in 2015, to take a more holistic approach to overall health and wellness. Some may look at this with cynicism, but we are led by our purpose and the opportunity we have to make a positive and meaningful impact on people’s lives."

While time, and consumers, will tell if Tsui's accusations are founded in truth, her criticisms nonetheless put WW in the position of making sure that its company values consistently line up with the changes attached to this rebrand. Tsui added that even branding wellness with tools like WW's point systems at all is a disingenuous marketing tactic, wrapped up in semantics.  "Following an external points system, creating a false dichotomy of "good" vs. "bad" foods, obsessing over the number on the scale, is not the picture of health," she said. "In fact, when someone in a smaller body does this, it's called an eating disorder. Nutrition guidelines have a place, but so too does people's own lived experience and their inner wisdom of what would best meet their needs; physical and emotional."

Suzanne Barston, a communicator in the healthcare sector, said that WW has the same issue that any other stalwart company must confront when trying to rebrand. "People are judging them by what they’ve been rather than what they are trying to be," she tells PR News. "But when you consider that 'wellness' has become synonymous with restrictive eating, morality around 'good' and 'bad' food, and weight control, I’m actually not sure a focus on 'wellness' over “weigh control' is  much of a departure from what they’ve always done."

Barston adds that WW should further frame its rebrand in the context of what’s happening in her industry. "By confronting the negative issues around wellness, they could differentiate and also come from an interesting place, given the history and longevity of the company," she says.