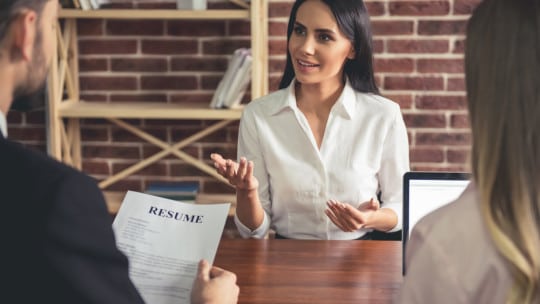 You only get one chance to make a first impression.

That seems obvious, right? Yet you’d be surprised by the number of people who disregard or downplay this advice when writing a cover letter.

We've seen it in our business-writing course. We explain how to create a hook and present ideas for personal connections. And yet, every semester, some students believe that it’s ok to launch this critical document on the strength of a weak opening line:

If ever there were a wasted opportunity, this is it.

Imagine you're recruiting for a communication job. An email lands in your inbox. Even before opening the message, the very first (or maybe second) thing you see is the sender’s name. Then you open the message, and it begins:

Really?! Not only is this greeting redundant; it’s also what everybody else is doing. Unoriginal and superficial—not exactly the stuff of memorable first impressions from a PR pro.

Match Your Message to The Medium

What’s that you say? Isn’t stating your name how people introduce themselves on the phone and in person?

Well, yes. But a letter is not delivered in person. An email is not a handshake.

Bearing that in mind, be honest. Do you really believe that your name is captivating enough to make the recruiter want to read on? Do you believe that it’ll make someone think, “Wow! Let me learn more about this unique writer?”

We hate to break it to you, but unless you’re a celebrity (or his doppelganger), your name is not the most electrifying way to sell yourself.

You Say 'Standard' We Say 'Booor-iiiing'

Well, you just addressed your objection. The last thing you want is to come across as standard—i.e., forgettable. You want to stand out, to make an impression. As venture capitalist Guy Kawasaki says, “Unless you’re saying something different from the competition, you’re basically saying nothing.”

Indeed, if you’re starting the same way everyone else is, even if the rest of your letter is utterly brilliant, you’re fighting an uphill battle. You’ve forfeited the benefit of the doubt: Instead of using the cover letter to show off your personality, you’re using it to prove you have one.

You Say 'Risky.' We Say 'Remarkable.'

Still think this approach is too risky? Isn’t it better to play it safe?

Well, you can’t go wrong per se with a traditional letter. The problem is, it’s much harder to distinguish yourself this way; the stiltedness saps your writing of distinction.

Don’t Be a Rookie

What’s more, saying “My name is” a rookie move. Rookies take the path of least resistance. Is the image of a slouch who fears creativity the best way to land a job in PR?

You can do better. After all, you’re a PR pro; you hawk ideas for a living.

So think about a cover letter the same way you’d pitch a reporter. Space and attention are scarce, so if you want to catch someone’s eye, then every word you write must resonate—and none more so than your first few.

Jonathan Rick and Chloe Baerwald teach business writing at the University of Maryland at College Park.