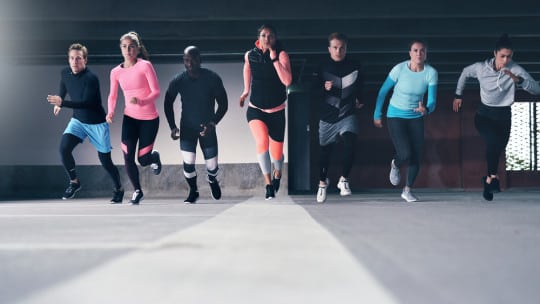 It’s so tempting. There’s a large media list at the ready. All one needs to do to get out the message is craft a compelling narrative, attach it to the media list, hit send and wait for journalists to bite. It’s the digital age, after all. Why not deploy the eponymous technology and send out hundreds of emails with the click of a mouse? The answer, of course, is because it doesn’t work very well. (Hold that thought.)

It is hardly news to PR pros that journalists are deluged with pitches. But how many of them are on target? During a June 28 PR News webinar, a trio of PR pros who began their careers in journalism spoke about the best ways to engage journalists using social media and email. John Kell, media lead of corporate affairs at Greek yogurt maker Chobani, was asked how many pitches he received during his time at Fortune were off target. “80%,” he said without hesitation.

A pitch not tailored to the journalist you’re sending it to is one thing. But there are follow-ups to bad pitches, further clogging the journalist's inbox. Here’s an edited version of one I received today. I am summarizing it, with the author’s permission, as a teachable moment. The comments in the parentheses are mine.

I hope your day is going well. (Thanks. But the greeting seems inauthentic since I don’t know the pitcher.) I wanted to follow up on my email yesterday sharing our announcement that…has signed an agreement with three prominent companies (If they’re prominent, won’t I recognize them? If I were interested in this pitch, a better tactic would be to add data estimating the revenue increase these new companies could bring.)…We thought this would be of interest to your readers (Here, of course, is the main takeaway. Why does the writer think this is of interest to me? Had the writer searched our site to find stories similar to the one being pitched it would have become clear this item, while important to some media outlets, is not something we cover.) and if you’re interested I am happy to answer any questions or put you in contact with our president…or CEO…Thank you!”

Most journalists would delete this pitch, perhaps risking another email. As somewhat of a hybrid (I’m a journalist, but I write about tips and tactics to help PR pros improve their performance), I feel obligated to respond. I did and the writer was gracious. This story recurs almost daily.

But back to Kell and the other two former journalists who spoke on our webinar. All of them began their presentations in a similar way—avoid mass blasting to a list of reporters and, above all else, research the journalist before you do any pitching.

Stacey Jones, managing director, corporate communications & global media relations at Accenture, had a pithy way of emphasizing the need to research your target journalist before pitching: “Pause before you hit send.”

The group offered several research methods, and listed their favorite paid tools. There’s also the good ol’ Google search, Scott Dobroski, senior director of corporate communications and PR at Glassdoor, said. Doing a Google search on a targeted journalist “will bring up a list of the journalist’s stories,” he said.

Kell added to that tip, noting it works particularly well for brands that are less than iconic, which is most of them. “Work backward,” he counseled. If the story you’re pitching doesn’t seem similar to any of those Google provided in your search of that journalist, you’re unlikely to have success with the targeted media member, he said.

Another tip or two: Look at journalists' Twitter bios to get insights on their interests and whether or not they are likely to accept email pitches; build relationships with journalists before you pitch them (introduce yourself briefly, send them a note with links to stories you've worked on and/or stories they've written that you admired); use the phone to follow up on a pitch; master the subject line; keep pitches concise; use bullet points; add data to your pitches; and once you've pitched be available by responding to reporters' emails and calls as quickly as possible.