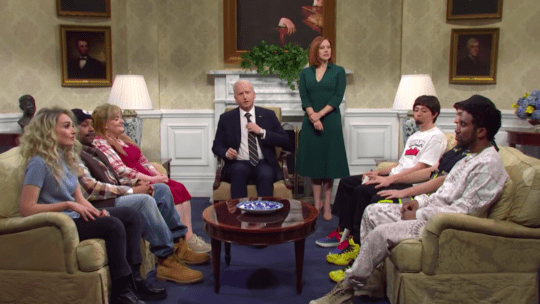 PR pros can add TikTok briefings to their potential to-do lists in moments of international crisis.

On March 11, a group of 30 TikTok influencers met via Zoom with members of the White House National Security Council and White House press secretary Jen Psaki. They received an update on Ukraine and how they could combat misinformation.

The Russian government banned Facebook and Instagram. As such, the White House hopes to reduce misinformation on social media about the Ukraine war by offering government-verified information to TikTok users with large followings.

TikTok suspended much of its service within Russia. Moreover, China-based TikTok faces an uphill battle as it attempts to remain apolitical. In any case, the power of the pen has never been stronger for those with influence on the platform.

Andrea Hamilton, CEO of Theory Communications, who works with influencers, believes the White House’s tactic was necessary. “Core information pertaining to politics should be handled by seasoned and informed politicians, [but] utilizing influencers to share information will be beneficial to that generation of youth,” she argues.

“It’s important, especially in sensitive and trying times, that people of all ages and cultures are aware of what is happening in the world. But...make sure these selected influencers are well-informed with facts and conduct a fact-based conversation rather than ultimately opinion based,” Hamilton adds.

While “several influencers said they felt more empowered to debunk misinformation and communicate effectively about the crisis” following the White House Zoom call, per reporter Taylor Lorenz’s coverage in The Washington Post, not all left the meeting quite as satisfied.

Among those on the call was 21-year-old TikTok creator Kahlil Greene, who has more than 500,000 followers. Greene explained in a recap video that the session was on background, defining the term for a generation of users without experience in traditional media: “We couldn’t record or take pictures, but we can discuss what we learned from it.”

A lot of influencers asked White House staffers questions based on their followers’ preferences and concerns, Greene said. Many of Greene's videos mention criminal justice, policing and critical race theory. He seemingly took issue with the base assumption that TikTok influencers should focus on educating their followers around the war, rather than other national or global crises important to their bases.

Greene said he asked White House staffers why marginalized Americans should “be in strong support of the U.S. giving high levels of attention and direct aid against the Russian invasion, as we feel there isn’t enough attention on related issues in other places throughout the world or right here in the U.S.”

In response, staffers mentioned the conflict's size, said Greene, which the White House believes will have global repercussions on a scale not seen since World War II.

Officials added that while some issues are not at the top of the day’s press docket, the administration could provide monetary, humanitarian or military aid, though without mainstream media coverage.

And, while members of the U.S. public might not be proud of the government's response on some issues, officials told Greene the country's ability to “rally the West” against Russia could become a point of pride for citizens.

Greene was not pleased with this blame-shifting to the mainstream media. He noted that the White House had a chance to discuss police reform, a major concern of his followers, as recently as the State of the Union on March 1; on that point, President Biden’s response was a push to “fund the police.” The selectivity of policy being discussed was not therefore merely due to the mainstream media’s lack of interest, Greene said.

Many ridiculed the White House’s effort to set the record straight with digital influencers, including the “Saturday Night Live” cast. “When the White House briefs content creators on a war, it's inevitably going to sound like your parents,” Adam Ritchie, principal, Adam Ritchie Brand Direction, says.

“That's not a bad thing,” Ritchie continues. “The adults in the room shouldn't worry about looking cool when people are dying.” However, “if during the briefing, the White House didn't tackle hard questions, and treated content creators as extensions of its own megaphone, that's a problem.”

And the call was certainly not without its problems, communication-wise. By Greene’s account, the White House took a one-way messaging approach rather than opening the floor to a more balanced discussion. Further, Jules Suzdaltsev, who runs the TikTok news channel Good Morning Bad News, told Lorenz of the Post that “the energy of the call felt like a press briefing for kindergartners.”

This needs to change, argues Ritchie. “It took institutions awhile to recognize the first wave of news websites and blogs as legitimate press, worthy of a two-way dialog. Now they're so ingrained in our news, we don't think twice.”

In the “Saturday Night Live” sketch spoofing the meeting, cast member Kate McKinnon, portraying Psaki deadpans, “I suggested it as a joke, and then it actually happened.”

Unfortunately for the White House communication team, this is exactly where their strategy failed.  It appeared influencers were not treated with the same seriousness as the traditional White House press corps.

“If the White House is going to take the time to organize a briefing for content creators, it shouldn't act like a brand handing them a script for a paid partnership. It needs to treat them like legitimate press and answer their questions,” Ritchie says. “The future of media is a mix of established news brands and individuals who've become news brands in their own right. And that's what the White House briefing of today should look like.”