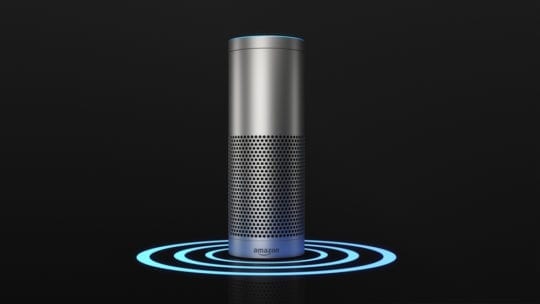 Whether or not you currently use voice-recognition tech, which allows everything from your smartphone to various home assistant devices to listen to your speech and automate tasks as part of the Internet of Things, a future without it seems increasingly unavoidable.

Late last month, Amazon made this a certainty when it announced the addition of several new products to its Alexa home assistant family, including home audio gadgets, a car assistant, a microwave and a wall clock. As Alexa now has the capability to collect valuable data on its users around even more daily tasks, Google Home and Apple's Siri will likely follow suit. Data is valuable, and where there is profit to be made, the market will follow.

As this  tech continues to become more ubiquitous, end users and communicators alike ought to ask the question: As big tech continues to expand its forays into voice, who will help brands get in on the innovation from the outside?

One option is to go directly to the source. Amazon educates select startups on programming for Alexa through its Alexa Accelerator summer program, while Google's Launchpad accelerator offers similar opportunities across its many products.

Outside of the tech companies themselves, however, there still remain opportunities for those looking to integrate voice tech with their business to jump in—without learning to code or having an inside connection. That's why there's more demand than ever for companies that specialize in teaching brands how to write for voice. A leader among them, PullString, built a platform that enables businesses to create highly engaging voice applications, such as Alexa Skills and Google Home Actions, without writing any code.

Just like the WordPress CMS made web development easier for communicators, PullString prides itself in simplifying voice app development for the rest of us. They've already helped an impressive roster of brands including  Activision, iHeartRadio and HBO build some of the most popular Alexa Skills—specific voice app capabilities—for consumers.

"In 2018, using the software that we sell and market, it's substantially easier to get a simple to medium-complexity Alexa skill to market today than it would have been even a year or two ago," says Oren Jacob, co-founder and CEO of PullString.

Jacob acknowledges the challenges that come with building out conversational complexity, but says that building at the tip of the spear is also where the best work is done. "You really have to understand how to design for voice, how to build for voice. Our tools support that very much, but if you're going to break ground in the field when it comes to deep, contextual, multi-turn conversations, you've gotta put the work into it. The reward is, your brand is going to be talking with folks not for minutes, but for hours at a time. That's remarkable and can be achieved today in market."

In today's climate, when digital language communications and machine learning have been weaponized by hostile actors, Jacob also knows that PullString's success depends on securing his clients' information. "We take security and privacy very seriously, having offered products with the highest levels of compliance in the market for many years," he says, adding that certain enterprises within healthcare, pharmaceutical and children's verticals require a special level of sensitivity.

"One does have to be comfortable with a cloud-based service involved in the flow of data, as all of these services do voice recognition from the cloud. Certainly those things can be built in a secure, private way with very high levels of data integrity—how the data itself is stored, and how it's managed and sequestered."

Ultimately, the popularity of software like Pullstring's will depend on its bar of entry for smaller clients, and Jacob says that PullString can help those with smaller budgets program for voice, too, as long as those brands put in some time and effort. In 15 to 20 minutes, a client can have something that they are able to play with, but a decent walk-through of what they're working on will take a day or two. It'll take a couple of work-heavy weeks to get to a place where the Skill is ready to go to market.

"As long as it's something you're interested in doing, it's just a matter of putting hands to keyboard and giving it a go," says Jacob. Likening PullString's software to easy-to-use applications like Google Slides or iPhoto, he adds that the tools are now there for those who put in the minimum time needed to learn them.

"You're talking about interactive dialogue. Most folks can write dialogue lines, and we'll help you with the intents that you create, and piece it together. It's quite easy to try a thing out, play with it, see what works, what doesn't work, try it again, adjust it, and get on your way with the help of our team."