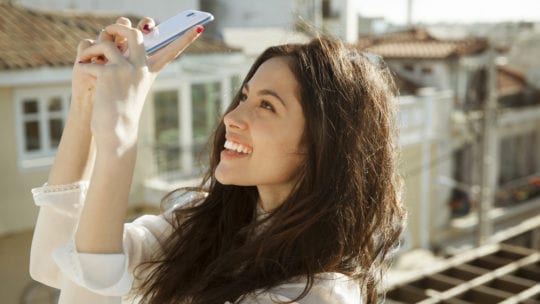 You've undoubtedly seen this at concerts or other live events—an excited fan takes out a smartphone to start recording what's happening onstage. Despite the fact that the stage is wider than it is tall, the fan records a vertical video.

Maybe the fan is taking the clip for Instagram, Snapchat or a live broadcast. Maybe the fan understands that recording in this dimension won't look good unless viewed directly on another phone. Whatever the case, working with vertical video has become a pain point for professional videographers who lament the lack of flexibility and picture quality that 9x16 dimensions provide.

We spoke with Patrick Pho, lead brand marketing producer at Volkswagen, about this issue ahead of his session at PR News' Video Workshop on March 15 at D.C.'s National Press Club.

“We are in a really interesting time, where things are changing at a rate faster than ever," says Pho.

"There’s been this whole wave of ‘we have to do video in vertical'. But because things are changing so fast, vertical is no longer just the default format for your channel, right?"

Pho points to Instagram as an example. The optimal format dimensions for Instagram Stories are different than the optimal dimensions for in-feed Instagram—and they're on the same platform. We understand that photos should be cut for different specs and formats depending on the vertical and format—broadcasts, digital ads, etc.—but we're now in an age where different specs exist on the same platform, too.

"Bottom line is, you have to approach your content production to meet all those needs," Pho says. "That’s exactly why you have to work in the format that gives you the most flexibility.  I think that’s really key.”

Recording in widescreen will give you all the flexibility you need

Pho says that if more folks intuitively shot video in widescreen, with their main focus or action in the center of the frame, they would have the option to recut it for vertical later.

"Today’s cameras can capture at 4k, 5k, 8k, resolutions so big that you’re able to shoot a widescreen image. As long as you’re keeping the subject matter in the center of the frame (we call it center weight), you’re then able to crop for vertical, crop for square, and at the same time have your classical formats for broadcasts, like 16x9 for YouTube, and be able to accommodate that."

By focusing on the rule of thirds for composing shots and keeping your action in the center frame, says Pho, it's much easier to crop into whatever your desired shape may be. "Because today’s cameras can shoot in resolutions higher than traditional HD, you’re not losing resolution when you crop to that size,” he adds.