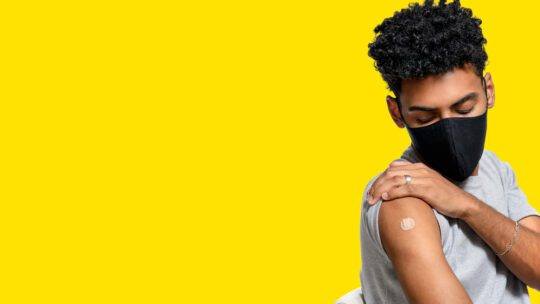 As coronavirus cases rise once again, one group is conspicuously lacking in the vaccination department: young Americans.

According to the Centers for Disease Control and Prevention, only 28.9 percent of those ages 12 to 15 are fully vaccinated, with under half of Americans age 18 to 24 yet to be completely inoculated (43.9 percent).

To meet the challenge of vaccinating these younger demographics, federal and local authorities (and the PR agencies they employ) are leaning on influencer muscle to combat misinformation about the COVID-19 vaccine and convince their peers to get vaccinated.

TikTokers to the Rescue

A recent New York Times article from social media beat reporter Taylor Lorenz profiled some of the influencers recruited for the recent effort, including 17-year-old Ellie Zeiler, who boasts over 10 million followers on TikTok.

On June 30, another TikToker, Christina Najjar, who has 1.3 million followers, tackled misinformation around the vaccine as it relates to fertility in a humorous Q&A with none other than Dr. Anthony Fauci, director of the U.S. National Institute of Allergy and Infectious Diseases. Fauci is arguably one of the vaccine’s biggest influencers in his own right (as are fans of “Saturday Night Live” star Kate McKinnon’s recurring Fauci segments).

Institute for Public Health puts Locals in the Spotlight

Taya Jarman, communications director at the Institute for Public Health, and former population health communications director at the Virginia Department of Health has found success leveraging local figures in her vaccine outreach. The Institute’s vaccination campaign, “Our Shot” includes videos from local creators and government figures as well as an online hub for downloadable assets for people to share on social media. “This approach will help spread the message within [Virginians’] network[s] and have real photos, not stock images, of Virginians who are rolling up their sleeves to save lives,” Jarman says.

In addition to her organization’s campaign, Jarman points to national parent-led immunization advocacy group Voices for Vaccines as another top example of vaccine outreach. Positivity is key: “They emphasize that messaging needs to validate and encourage question-seeking behavior, not condemn it. In their words, we want to extend a helping hand, not a slap on the wrist,” she says.

Still, the fight is far from over in terms of misinformation. As Lorenz points out, it is far easier for misinformation and viral rumors to spread (in hashtags and imitation content, for example) than for a government entity to gain momentum from a single influencer’s post. A December 2020 report in The Atlantic covered the “bottom-up” anti-vaxx activist approach, arguing that health authorities needed to preemptively strike at misinformation before claims like “vaccines cause autism” were allowed to circulate wildly.

“Using influencers to encourage vaccinations is not new and it will help cut through the clutter of ‘fake news’ and political influences,” Jarman argues. Pointing to a ReferralMD aggregation of surveys on where people look for healthcare advice, she notes that 90 percent of respondents from 18 to 24 years of age said they would trust medical information shared by others within their social media networks. “Taking advice from people we have grown to love and trust is our next shot at fighting COVID-19,” she says. (Indeed, the results mirror a recent Kaiser Family Foundation report on vaccine-hesitant Americans).

Lorenz likens current influencer efforts to “a sprinkler in a wildfire,” but it seems that at the very least, communicators will not have to work too hard to convince influencers to take part, which can be a trying part of influencer relations. The last year has seen a wave of local agencies and health authorities employ influencers in their outreach; public service-oriented messages have quickly become many influencers’ bread and butter in the pandemic.

The organization’s core mission is to vaccinate adolescents for preventable diseases. “We turned to [those in] our highly vetted…creator community who are parents of teens, and asked them to raise their hands to show passion and interest in participating in the campaign. This is particularly important as the most convincing messaging to get parents to vaccinate their children comes from other parents,” DeBroff says. For the campaign, Influence Central  engaged 16 influencers whose content generated 4.9 million impressions across Instagram, Facebook, blogs and Twitter, she says.

Even in a health emergency, influencer marketing best practices still apply. DeBroff encourages PR pros working at local agencies to use geo-targeting in their outreach efforts. At the influencer vetting stage, Jarman stresses “mak[ing] sure your influencer has real engagement with their audience and that they haven’t paid for bot followers.” She advises that before partnering with or paying the influencer, ask for "the total number of followers across channels and their average engagement rate. The engagement rate will help you understand if your influencer[s have] a captive and responsive audience that’s willing to listen and take their advice.”

Despite the backing of science and government authorities, influencers still must disclose their sponsors in their pro-vaccination posts. For example, this post from style blogger Ashley Marie includes the clause “paid partnership with Colorado Dept. of Public Health and Environment.” And it’s crucial to compensate influencers for their efforts, (especially if you’re reaching out to BIPOC creators, who are a critical component in these efforts, especially as vaccination rates have been lower among Black and Latino communities).  A recent Ogilvy report on influencer diversity, equity and inclusion best practices in the influencer space reads, “Pay equitably. Period.”