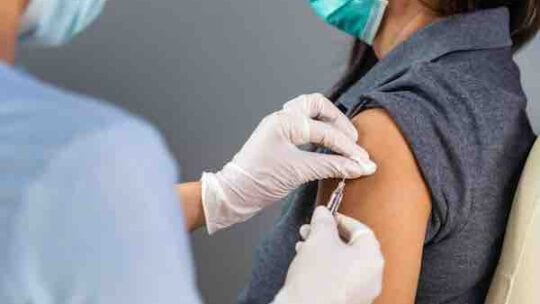 At the start of coronavirus, poor resource allocation and coordination contributed to widespread infections and unnecessary deaths. One victim was my college roommate, who died when NYC was the epicenter of America's outbreak.

Now, our challenge is to increase vaccination rates across the country. As communication professionals, we understand effective targeting and persuasive messaging. But a big part of vaccination success requires dealing with toxic politics and distrust about the disease, its transmission and control. Nearly everything is politicized, including getting vaccinated.

This isn’t the first time politics has interfered with public health. Dr. Reed Tuckson, a colleague who was health commissioner for the District of Columbia during the outbreak of HIV/AIDS, notes that epidemic was part of the culture wars of those times.

But today it’s not just politicians attacking each other. The media is regularly assaulted and has lost credibility. In a 2020 Gallup survey, people were asked about their trust in mass media: 27 percent said “not much,” and 33 percent reported “none at all.”

In addition, Americans lack trust in elected officials, the institutions of government, science and even nonprofit and religious organizations.

The White House said June 22 the county will narrowly miss President Biden's July 4 goal of 70 percent of U.S. adults receiving at least one vaccine dose. As we know, vaccination confidence and levels differ substantially across the country. Some 15 states and D.C. have reached the President’s target. In some others, only about one-third of adults have had one shot. And take-up rates have been falling after initial successes.

First Lady Jill Biden and Dr. Anthony Fauci recently visited Harlem, NY, where anti-vaccine protestors shouted and waved signs proclaiming “Freedom over Fear,” “All Test Animals Died,” “Don’t Rush to be Next” and “No masks, No vaccines, No fluoride.”

In Harlem, as in other NY communities of color, the vaccination rate is lower than in white areas. In mid-June, NYC reported 29 percent of Black New Yorkers and 37 percent of Hispanics received at least one shot. Yet the average across Manhattan is much higher, at 64 percent.

What accounts for these differences?  'Vaccine hesitancy' doesn’t capture the complexity.  Twenty percent of adults say they will definitely not get vaccinated, or will do so only if required, a recent Kaiser Family Foundation study found. Misinformation about COVID-19 and the vaccines is rampant.

It appears there are several segments resisting vaccination:

Some of these concerns and segments overlap. What can we do to overcome their concerns and increase vaccination levels?

Here are tips to increase effectiveness.

Clearly, vaccination persuasion is complex. People tend to react more positively when they:

As mentioned earlier, our toxic political environment has greatly exacerbated the COVID-19 crisis. Good research is necessary to find the right appeals and messengers and the best way to counter opposing viewpoints.

A related challenge is messaging when vaccination is required. Schools, universities and businesses are dealing with this, and the courts are looking at mandatory vaccination cases. Here again, effective communication is needed, and it probably won’t improve morale to announce: 'Get your shots or don’t show up.'

Americans are not very good at long-term planning. We rally when faced with disasters, but then put them out of mind and get back to everyday life. We have to get beyond the present pandemic before preparing for the next one. But maybe by then we will have worked our way out of our current political mess.

Bill Novelli was president of Porter Novelli and CEO of AARP. He is a professor and founder of Business for Impact at Georgetown University’s McDonough School of Business and author of "Good Business: The Talk, Fight, Win Way to Change the World."