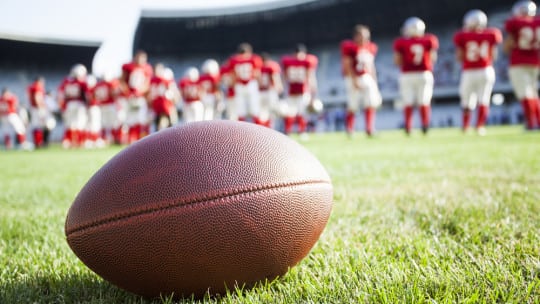 The University of Maryland (UMD) called a press conference for 2pm August 14. It was delayed several minutes, causing grumbling in the press corps. The delay heightened speculation that little useful news would be announced. Such speculation was 100% wrong; what happened ended up being a notable case of crisis management.

The presser was called to address events surrounding the death of Jordan McNair, 19, a football player who passed out during a summer practice May 29. He died June 13 in a Baltimore hospital. A cause of death has not been confirmed. UMD remained close-lipped about the incident and the story was nearly forgotten. All that changed August 10.

Late that Friday afternoon, Heather Dinich, Adam Rittenberg and Tom VanHaaren posted an in-depth article about the school's football program on espn.com. In the article, current and former UMD players allege a “toxic football culture.” The article describes "a coaching environment based on fear and intimidation," with examples of "extreme verbal abuse," humiliation, embarrassment and belittling. An alleged incident of a player being belittled after passing out during a drill seems particularly damaging in light of McNair's death.

The brunt of allegations about UMD's toxic football culture are mounted against head coach D.J. Durkin, who came to UMD late in 2015, and strength coach Rick Court, an early Durkin hire.

ESPN requested interviews with Durkin and Court August 10 before posting the article. UMD refused, but it issued an opaque statement: "The University of Maryland has placed members of our athletics staff on administrative leave pending the outcome of the external review."

Later it was learned Court was dismissed and Durkin put on leave.

Earlier on August 10, before the above personnel statement was issued, UMD spoke again, using standard corporate-speak and not mentioning McNair's tragic death. "The alleged behaviors raised in the ESPN story are troubling and not consistent with our approach to the coaching and development of our student athletes," the statement read. "Such allegations do not reflect the culture of our program. We are committed to swiftly examining and addressing any such reports when they are brought to our attention."

Lesson for Those who Think the Press no Longer Matters

Still think the media is becoming irrelevant? Several recent crises have come to light almost solely through the work of the press. The first is the abuse scandal surrounding USA Gymnastics and the U.S. Olympic Committee, as a report in the Indianapolis Star helped start the downfall of Dr. Larry Nasser. The second is the scandal at CBS, where allegations of sexual harassment in a New Yorker story against longtime chair/CEO Les Moonves are still being investigated. While the unfortunate death of Jordan McNair created a story, the espn.com article positioned it for national coverage.

Back to the news conference, where most media were stunned to hear UMD president Wallace Loh quickly admit that the school was morally and legally responsible for mistakes leading to McNair's death. "The university accepts legal and moral responsibility for the mistakes that our training staff made on that fateful workout day," Loh said.

Crisis 101 says brands in PR crises should announce plans to insure such incidents do not recur. Accordingly Evans said changes have already been made in all sports at UMD. Loh added," I made this commitment to the parents [of McNair] this morning that no Maryland student athlete will ever be in a situation where his or her life and safety and life will be at risk."

While crisis relations pros almost always urge brands and organizations to own their mistakes and apologize, this rarely happens. Why did it this time?

"Sometimes...the facts and culpabilities of the case are irrefutable and there is nothing lost by doing the right thing: issuing fast apologies, firing or investigating staff involved and taking preventative actions. This appears to be what happened at UMD," says Scott Sobel, SVP for crisis and litigation communications at kglobal.

Andy Gilman, president/CEO, CommCore Consulting Group, agrees. UMD "did the right thing...since the facts were clear and not in dispute." He adds, "In other crises, rapid response can be inhibited because you are still in fact-finding mode."

Regarding the clarity of Loh's admission of guilt, Gilman says, "Often crisis statements are couched because the legal team is still determining risk." That was not the case here, he says.