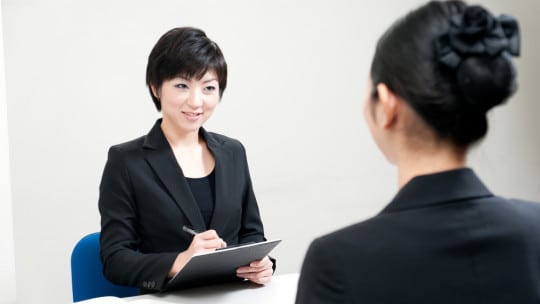 How can you get your executive or organization quoted in a national media outlet? It’s a defining question for PR pros at companies and institutions of all sizes. One way is pitching a story about something an executive or company is doing locally that may have national implications, says Amanda Terkel, Washington bureau chief at HuffPost.

Another tactic for national coverage, the veteran journalist says, is pitching reporters on something unique about an executive.

“You could allow the reporter to follow the executive for a day. A lot of reporters like doing that kind of story,” Terkel adds.

In addition to the above advice, Terkel dove into areas about pitching that are rarely discussed during public events. For example, pitching multiple reporters the same story, separately, is verboten, she says.

“Once I say no to a pitch from a PR pro, having a reporter come to me later with the same pitch is really irritating,” she says. She judges subsequent pitches from that PR pro more harshly, Terkel says.

On the other hand, she believes it’s fine to copy multiple reporters on a pitch. It’s part of being transparent, which is a must for PR pros.

More about pitching transparency: Don’t imply in a pitch that a story is exclusive unless it truly is.

A pet peeve for Terkel is getting a pitch that is made to sound exclusive. Then, after HuffPost has run the story, she sees it was in another publication first.

“If I feel I was deceived, I’m gonna feel really, really bad,” she said.

She’s fine with PR pros putting a time limit on exclusives, though. For example, it’s fine to say, ‘This is an exclusive for you. Please let us know in an hour if you intend to use it.’

While Terkel says reporters appreciate exclusives, she understands not every pitch is a scoop. The key for the PR pro, she says, is explaining yourself. Tell the reporter, she says, ‘Another publication is going to run this first and then a few hours later you’ll have it.’ In those cases, Terkel says, sweeten the pitch with a fresh angle or an exclusive interview with one of the principles.

Moreover, Terkel is wary of exclusives without heft. Ditto on exclusives that sound like an unimportant press release, Terkel says.

Another interesting tip: Respect young reporters and interns. Terkel says she still calls sources who “gave me the time of day when I was young.”

She told a story about an intern who did a short interview with a think tank executive, seeking quotes for an article. After the interview ended, the executive asked to approve the quotes before publication.

“You should always be clear with conditions [such as quote approval] beforehand,” Terkel says.

Terkel credits the PR pro. “She did a good job cleaning up” the situation, she says.

PR pros should know, Terkel says, that when an intern does a story it receives a lot of scrutiny. “Several editors read it,” she says. This intern, Terkel says, “was excellent and we hired her.”

When pitching, PR pros are fighting against reporters’ lack of time. “They’re always juggling several things,” she says. As such, communicators must make the reporter’s job easier. In addition to a succinct, clear pitch in the reporter’s coverage area, add links to background, context, quotes, additional sources and visual assets, she says.

“Offer something extra…help [reporters] see why they should write the story.”

Speaking of offering, communicators seeking trusted source status should do several things, Terkel says. These include replying promptly when reporters call. And “chat with no ask,” she advises. In other words, call reporters to gossip or compliment them on a story where you weren’t included. Last, after you introduce yourself to a reporter for the first time with a short phone call, “keep following up.”