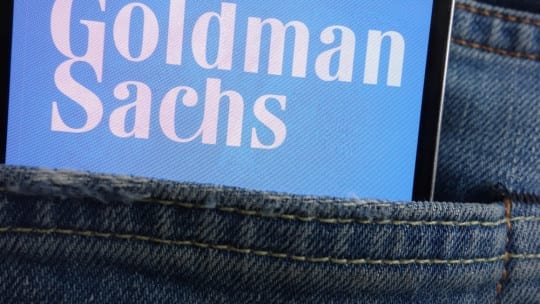 On this day, 10 years ago, America experienced the worst financial crisis since The Great Depression.

The seeds had been sown for years as banks and financial institutions willingly perpetuated a growing subprime mortgage bubble, but a decade ago, when the government allowed Lehman Brothers Holdings Inc. to file for bankruptcy, that bubble burst.

That unwittingly created a hole that would ultimately leave millions jobless. The economy only rebounded after the government opted to bail out the financial system with trillions of dollars, and billions more later, to create a fiscal stimulus.

What have the nation's biggest investment banks done to change direction and move the country from the path that exacerbated this crisis? Still, frustratingly, nothing. Not one executive went to jail as a result of the onerous practices surrounding subprime mortgages, and this past June investment bank Goldman Sachs offered flimsy explanations around the discrepancy between their reported results of the Dodd-Frank Stress Test, designed to test their ability to withstand another economic crisis, and the Federal Reserve's results from the same test on their institution.

Goldman's explanation for this discrepancy reveals a firm still reckoning to see why transparency, and accountability, remain eternal verities of PR. Similarly, the firm offered a blanket denial to a story published earlier this week in the New York Times, which accuses Goldman of dismissing complaints made by a top executive who used the firm's own whistleblower hotline to call out a litany of ethical violations he saw from the inside. Goldman's statements on the matter call to question why transparency and accountability remain so difficult for the bank to put into practice, and its statements raise more questions.

The Times story centers around James C. Katzman, a Goldman partner and the leader of its West Coast mergers-and-acquisitions practice, who called the bank’s whistleblower hotline in 2014 to call out a series of unethical practices, including his colleagues’ several attempts to acquire and share confidential client information among themselves.

Katzman was under the impression that information reported on the hotline was monitored by lawyers at the firm Fried, Frank, Harris, Shriver & Jacobson, then investigated and subsequently shared with independent members of Goldman’s board of directors. Instead, the complaints were reportedly directed to Goldman's general counsel, which contained several executive members of the board whom Katzman felt were not impartial enough to seriously investigate or address his grievances. Included among them is senior executive David M. Solomon, who is set to become Goldman's new chief executive on Oct. 1.

The story suggests that Goldman's whistleblowing protocol exists only as a facade, creating the impression of a system for accountability without actually implementing that system honestly or effectively. Goldman representative Michael DuVally similarly denied the story's accusations.

“A few years ago, Mr. Katzman raised several issues through an appropriate outside channel. In accordance with our whistleblower policy, his concerns were thoroughly investigated by our legal department and it was determined that no additional action was warranted," DuVally told PR News. "After that, Mr. Katzman chose to leave the firm at his own initiative despite efforts to keep him.”

"Neither David Solomon nor any other member of the investment-banking division or anyone outside of the legal department had a role in conducting the investigation,” DuVally also told the times. “Mr. Katzman raised his concerns in an appropriate manner, and neither Mr. Solomon nor anybody else at the firm discouraged him from raising these concerns or any others he might have.”

DuVally also provided PR News an international list of numbers employees can call related to integrity concerns, and pointed us to Goldman's "Policy on Reporting of Concerns Regarding Accounting and Other Matters." Notably, this policy does not mention any legal firm providing oversight to any incoming complaints, but only says any complaints will be communicated in accordance with Goldman's policies and procedures.

"Mr. Katzman’s complaints suggest that, a decade after Goldman’s actions during the financial crisis severely tarnished its reputation, the firm continues to struggle with cultural problems," writes The Times. "In the past, Goldman has been accused by employees, clients and government authorities of trying to profit at the expense of customers. Goldman, like other big banks, has tried to repair its image by emphasizing employees’ ethical obligations and setting up new rules to discourage bad behavior."

DuVally also denied the repeated accusations levied at Goldman for reportedly mistreating clients in the past.

Furthermore, the story suggests that Katzman's reputation as something of a boy scout when it comes to ethical grievances has followed him around. The story ends with an anecdote about why Katzman pulled his kids out of a school after its officials did nothing in response to allegations of cheating. Quoting Justice Louis D. Brandeis, he said: “Publicity is justly commended as a remedy for social and industrial diseases. Sunlight is said to be the best of disinfectants.”

That adage echoes strongest around those tasked with communicating on behalf of the largest financial institutions in this country. In an age when calls for an open internet and internal leaks are rampant, few secrets are effectively suppressed for long. To that end, banks like Goldman Sachs could go a long way toward repairing brand reputation and consumer trust by being more transparent, and accountable, in external communications strategies.