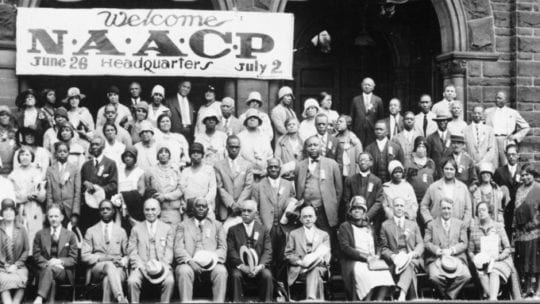 On Monday, Dec. 18, the Senate Intelligence Committee released a thorough report analyzing the Kremlin-linked Internet Research Agency's tactics during the 2016 Presidential election, which included a concerted effort to target the African-American community and practice voter suppression through disinformation on Facebook.

The report said that this effort was "an expansive cross-platform media mirage targeting the Black community, which shared and cross-promoted authentic Black media to create an immersive influence ecosystem." The voter suppression narratives, meanwhile, "were targeted almost exclusively at the Black community on Instagram and Facebook," while counter-narratives warning of rampant voter fraud were fed to right-wing audiences.

In reaction to this news, the NAACP returned a donation it received from Facebook and called for a weeklong boycott of Facebook starting the next day. The NAACP has long been concerned about the various data breaches and privacy mishaps on Facebook that have come to light over the last couple of years, but this was incontrovertible proof that data breaches directly hurt the African-American community.

Aba Blankson, VP of Communications & Digital Media at NAACP, explained that, as with most instances of Facebook's targeting tools being weaponized against the targeted users, the implications of the Senate's findings are much larger.

"For millions of African-American's and people of color, the results of the 2016 election have been consequential—detrimental, quite frankly—to our very livelihood," Blankson told PR News. "Our decision to return the donation to Facebook and logging out of the platform for a week is part of a strategy to bring attention to Facebook ‘s failures in protecting the integrity of both our privacy and our vote."

The NAACP's bold boycott brings to a boil a longstanding paradox with Facebook: a platform that has invested heavily in its promotion of its Groups and Communities now must contend with a litany of real-world communities that are angered over how the platform's segmentations have been weaponized against them by bad actors.

Here are some things that communicators, who may collaborate with marketing teams heavily invested in paid social on Facebook, should consider.

Not every organization uses Facebook to micro-target its users for nefarious reasons, but all communicators need to be especially wary of what decisions their A/B testing leads their marketing team to before they lock in their ad strategy on Facebook.

One good rule of thumb: if your micro-targeting would raise eyebrows in real life, or if you wouldn't want such details to go public, it's likely not a good idea. Employment discrimination and gender bias are illegal IRL, for example, but that didn't stop some companies from posting job ads on Facebook that were only targeted to men.

As more scrutiny falls on Facebook, it will only be able to avoid acknowledging that its unregulated micro-targeting tool is at the heart of all these trust issues for so long.

In the meantime, whether or not you think your organization's ad spend is on-the-level, work with marketing to make sure that the strategy itself is, too. Especially if you work in a regulated industry. Just because a marketing practice isn't regulated on Facebook now, doesn't mean it isn't going to be soon.

Avoid investing in Groups and Communities

In light all that's happened since the 2016 election, Facebook has stated multiple times that it is more concerned with promoting conversation and community engagement than ever before. The events of the past two years led the platform to roll out a subscription group pilot to group admins earlier this year that never seemed to expand or make much of a splash.  Facebook Groups and Communities head Jennifer Dulski wrote a book that drew connective tissue between her tenure as President of Change.org and now, which she discussed with PR News in a fireside keynote at the 2018 Social Media Awards.

Following this newest revelation about black voter suppression, do organizations using Facebook groups and communities still feel the same way about its potential for engagement? The poorly-timed launch of Facebook's video chat hardware tool, Facebook Portal, tells us that the platform's product rollout strategy is seemingly undeterred by countless reports of privacy violations.

This means that, bad look or no, expanded offerings for Groups and Communities may still not be far behind. But it doesn't mean that your user base will enter into those conversations with the same level of trust for the platform. Be wary of investing too much into those groups for now.