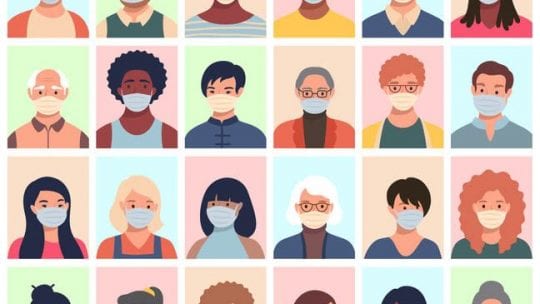 Sometimes the more you know, you realize, there’s a lot you don’t know. Updating Lao Tsu (aka Lao Tzu and Laozi): ‘The wise person is one who knows what he/she does not know.’ Similarly, Socrates, a few hundred years later, is credited with saying, again in modern language, ‘I am the wisest person alive, for I know one thing, and that is I know nothing.’

The knowledge spigot overflows with surveys pertaining to PR and communication. Sometimes they confirm what we think we know, other times they upend our beliefs.

For example, we ‘know’ DEI is a vital issue in American society and business. As such, it’s a priority of communicators and the C-suites they serve, right?

Yet, just weeks ago, almost 40 percent of C-suite leaders told a UnitedMinds survey that DEI is a “waste” of time and resources. In addition, 34 percent of staffers agreed with C-suites on this.

On the other hand, that finding seems to imply some 60 percent of C-suiters believe diversity is not a waste of time.

A different survey, this of communicators, which The Plank Center administered, confirms communicators’ beliefs that DE&I is important. “Tackling issues related to DEI,” at 34.1 percent, was the number 3 priority between now and 2023 in the new North American Communication Monitor (NACM), released late last week. Barely outpacing it was last year’s top concern: “building and maintaining trust” (34.5 percent). Next was “exploring new means of content creation and distribution” (34.4 percent).

'Diversity is Our Job'

The survey went a step further, asking who is most able to tackle DEI. We often hear ‘diversity must come from the top.’ The survey confirms this, though barely.

Fifty-one percent of those surveyed said a company’s leaders “carry the biggest responsibility” for improving diversity. Yet just 39.9 percent of communication leaders agree. Instead, they believe DEI is the job of communication professionals (42.4 percent).

The survey also included questions outside DEI. For example, more than half of the communicators confirmed their organization experienced a cyberattack or data theft. Communicators’ responses included: educating employees (45.7 percent), “developing cybersecurity guidelines” (40.1 percent) and deploying cybersecurity technology (42.7 percent). "We learned that cybersecurity is a communication issue, not just an IT headache," said Bryan Reber,  C. Richard Yarbrough Professor in Crisis Communication Leadership at The University of Georgia and research chair at The Plank Center.

Moreover, all communicators whacked public companies (62.8 percent) and nonprofits (63.9 percent) for their passivity on advancing gender equality. Yet 65.5 percent see improvement in gender equality in their country; however, fewer than half (45.6 percent) think enough was done.

Turning to economics, it’s obvious business suffered during the pandemic. The economy sputtered, and unemployment reached record levels. Yet some companies remained profitable, including in PR.

Rick Gould, managing partner of the M&A advisory company, says profit is linked to firms holding salaries to less than 40 percent of net revenues, keeping labor costs at 50 percent and operating expenses at around 25 percent. In addition, he says “the PPP program was a lifeline for many PR firms."