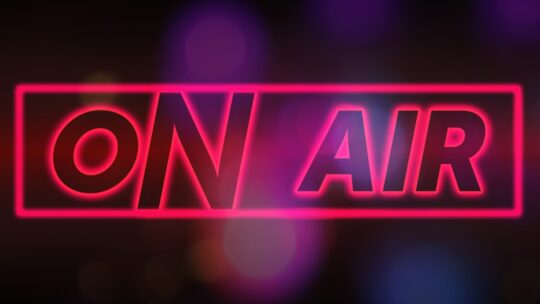 A divisive celebrity. A CEO doubling down on a decision to keep the celebrity on-platform (and reminding audiences it’s a platform, not a publisher). A leaked internal memo to concerned employees as activist celebrities call for a boycott. Committing to an investment in marginalized groups.

Is history repeating itself so soon? It seems like only yesterday Netflix CEO Ted Sarandos defended his choice to keep Dave Chappelle’s “The Closer” special streaming. In fact, it was nearly four months ago—more than enough time for communicators to plan for similar PR tangles.

A crisis on repeat

Perhaps the deja vú is due to the skewed perception of time that comes with pandemic’s lingering presence. Or, maybe the tech platform CEO double-down is a new entry in the executive communication playbook, however risky for brand reputation.

In any case, so far this week the divisive celebrity is Joe Rogan (again). The platform in question is Spotify. In a leaked memo, CEO Daniel Ek promised the company would make a $100 million investment in creators' "music and audio content from historically marginalized groups,” allegedly the same sum as Rogan’s exclusive contract.

As Adam Ritchie, principal, Adam Ritchie Brand Direction, points out, Ek “didn't come out and say this was the same amount the company reportedly paid for Joe Rogan, but it sounds like he received advice that if he was going to open his wallet, it couldn't be any less.”

However, “the flaw in that approach is now the company appears to be throwing money at a problem which didn't require money to go away; it required a policy shift.”

“People’s cultural literacy in this space is growing rapidly…They want to hear from the community themselves that they are satisfied with your apology,” Tsang argues. Like Ritchie, she sees no advantage in “throwing money at a problem without fixing the root issue.”

The last week of news coverage focused on Neil Young and Joni Mitchell removing their music from Spotify. They, among other artists, were concerned with Spotify’s sticking by Rogan, despite his program propagating COVID-19 vaccine misinformation. This week’s coverage has centered on an even longer-running issue: Rogan’s use of racial slurs on past podcasts.

Although Spotify’s CEO is not ready to part with his lucrative creator, the platform has removed more than 100 episodes of “The Joe Rogan Experience” since Feb. 4, according to Engadget.

'Out of context' won't cut it

The press and social media users believe the takedown is due to a much-watched video compilation of Rogan using the n-word and making other racist comments during the last decade-plus. The compilation went viral after musician India.Arie shared her reaction to the video, adding a voice to the chorus of artists pulling their music from Spotify. Arie also notes the company’s low payout to musical artists per stream. It's a stark contrast to Rogan’s $100 million, an issue that is “bubbling to the surface again,” per Ritchie.

For the second time in a week, Rogan found himself attempting to apologize on his Instagram account, saying his use of the racial slur was “regretful and shameful.” In a nearly six-minute clip, Rogan states, “Whenever you’re in a situation where you have to say I’m not racist, you f’ed up.” Rogan adds that he hopes it can be “a teachable moment.”

While the podcaster ends his video with “sincerest apologies,” Rogan also denies multiple times that he is racist, a qualifier that dilutes his apology. Added to the mix, some regret: “There’s nothing I can say to take this back.” Rogan also hits the non-apology apology meter, noting his comments were taken “out of context.”

In her video, Arie acknowledges out-of-context statements are a common occurrence for public figures (not to mention their PR teams), but she remains firm: “in no uncertain terms, he shouldn’t even be uttering the word. Don’t say it in any context.”

A lack of crisis planning or goodwill?

For Sonia Diaz, founder and president of Zaid Communications, the Spotify/Rogan situation lacked clear crisis planning. “Companies have the right to partner with whomever they see fit, and CEOs can double-down, but when you know you are dealing with something that is or could be controversial in nature, you should also work ahead of time to mitigate the risks that go along with making those choices,” she says.

Another strategy for companies expecting a groundswell of criticism is building a bank of public goodwill. But to Ritchie, that goodwill looks to have expired. “Spotify's last deposit in that bank was hosting "Renegades: Born in the USA," the Barack Obama and Bruce Springsteen podcast. In COVID time, that might as well have been a decade ago.” And now even the former president is looking to jump ship.

If, not when, the bottom falls out

Spotify is “doubling down on a policy that protects their star asset at a time when the asset is turning out to be a liability. Critics aren't asking for Spotify to invest in marginalized groups. They want Joe Rogan out, and they'll keep digging…They're not going to stop,” Ritchie predicts. One might ask why this scenario does not seem to have been part of Spotify’s crisis playbook.

For their own hides, if for nothing else, other tech platforms—whose stock prices are taking quite the hit—would do best to invest in worst-case communication plans when investing in big names. But can they avoid the temptation of hiring known agitators who cost them valuable reputation? Communicators are watching—and surely anticipating further nosedives if history continues to repeat itself.