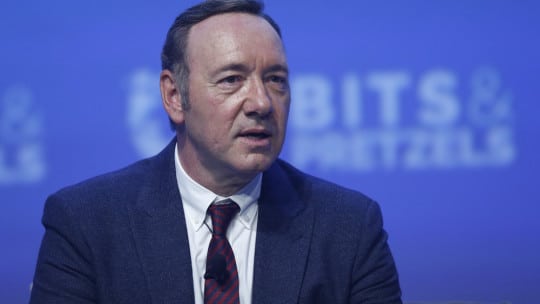 To call it a "trend" would be callous and pessimistic—perhaps it's a permanent and long overdue course correction: Victims of sexual assault and harassment are increasingly feeling empowered and emboldened to speak out in the wake of the Harvey Weinstein media reports, and the latest accusations have fallen on actor Kevin Spacey and journalist Mark Halperin.

Spacey was accused of a forceful sexual advance by actor Anthony Rapp, who was 14 at the time. His response on Oct. 30 included a conditional apology, and a revelation:

Spacey has been roundly criticized for deflection by making the issue about his homosexuality, when the most troubling part of the story is inappropriate sexual advances toward an underage person. It reminds one, in fact, of Weinstein's statement, which at the end took a strange left turn into shots at Donald Trump and Wayne LaPierre, CEO of the NRA.

Mark Halperin was accused by 12 women of sexual assault and harassment during his tenure as political director at ABC News. Compare his statement to Spacey's:

Please read my statement below. pic.twitter.com/8ld8k8DC6O

Let's look at it in terms of brand crisis management: He 1) takes responsibility for his behavior and acknowledges his significant personal shortcomings, 2) lays out the steps he has taken to correct his habits and 3) points to evidence that these steps have been effective. These are vital steps for anyone or any brand that wants to atone for wrongs. Halperin also says he will "work to make amends and contributions"; it would help to know what these are, but his response is on the right track.

Nevertheless, NBC News announced Oct. 30 it had terminated his contracts.

The downfalls of accused harassers and predators should be a wake-up call for brands to address the issue proactively, which means PR should have a serious discussion with human resources. The conventional wisdom is that HR is really there to protect the brand; in the past, this may have come down to a cold, calculated decision to sweep things under the rug. In light of #MeToo, the cold, calculated decision (if a brand has no higher ethical aspirations) may well be to root out these employees at the first hint of a complaint.