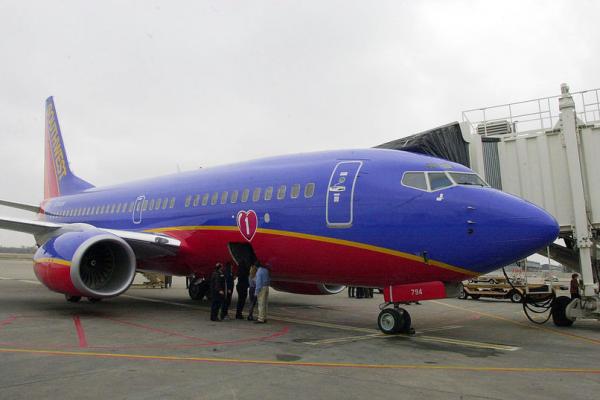 [Editor's Note: This story was written prior to the fatal incident that occurred on a Southwest flight April 17, 2018.]

Usually you can find data supporting various sides of a question. As loyal readers of this publication know, we’ve offered survey data showing consumers want brands to take positions on social and political issues (PRN, March 13). We also have run data showing there are cases where stakeholders prefer CEOs stick to running their business and avoid spending much time speaking about social issues.

For example, in January Ruder Finn released The Social CEO, a survey arguing successful, contemporary CEOs cannot escape the public spotlight and must, for example, be active on social media (PRN, January 23). The most high-performing CEOs post regularly about industry issues and personal anecdotes, yet they “avoid politics and current events” that are not directly related to their business.

No Hiding for CEOs

Still, the majority opinion seems to be CEOs and brands no longer can hide. “Society is demanding that companies, both public and private, serve a social purpose,” Larry Fink, CEO of BlackRock, the world’s largest asset manager ($6.3 trillion), wrote in a January letter to CEOs.

“To prosper over time,” the Fink letter says, “every company must not only deliver financial performance, but also show how it makes a positive contribution to society. Companies must benefit all of their stakeholders, including shareholders, employees, customers, and the communities in which they operate.”

[Note to Subscribers: The full letter can be found in the For The Record section of the PR News Essentials Page: http://www. prnewsonline.com/pr-news-pro-essentials/]

The question then becomes how much time to devote to a social or political issue and which to choose. It’s far easier said than done. [More on how one brand tackles this below.]

Brands picking issues injudiciously run the risk of being seen as inauthentic. While research from Aflac notes consumers, particular younger ones, “want companies to take stands on controversial issues...this doesn’t mean you go out there willy-nilly and take a stand,” says Alfac director of communications Jon Sullivan. “If you’re inauthentic you’ll be found out...[your position] has to be in line with your business objectives...[and] relevant to your business.”

The decision to speak out was relatively straightforward when Microsoft and other tech companies blasted proposed changes in U.S. immigration policy late in January 2017. The new policies touched many of its employees. In addition, it was personal for CEO Satya Nadella. “It is the enlightened immigration policy of [the U.S.] that...made it possible for me to come here,” he said on Microsoft’s blog.

It’s a more difficult decision for a CEO when a brand does not seem directly linked to a controversial issue, but could be seen as indirectly involved.

The demand for gun control in the wake of the February 14 fatal shooting at Stoneman Douglas HS in Parkland, FL, provides several examples. Last month, prior to the March for Our Lives, APCO Worldwide’s senior counselor Barie Carmichael urged brands to think of their supply chains when deciding whether or not to take a stand on the pro-gun control march (PRN, March 23, 2018).

A bus company seems to lack a direct connection with a gun-control march. But what if its vehicles carry protestors to the march? “Think of your supply chain,” Carmichael advises. “How could you be indirectly caught up in this march?”

Last week the high school shooting continued to draw more brands into its vortex. For example Bank of America said it plans to halt lending to clients building “military-style firearms.”

In late March Citigroup said it would bar business partners from selling guns to those younger than 21 and those who failed a background check.

Also indirectly linked to the shooting and gun control push are the estimated two-dozen advertisers who’ve withdrawn support of “The Ingraham Angle” on Fox News Channel. The brands departed after host Laura Ingraham mocked a 17-year-old, pro-gun control student for his college admission woes. Many of the brands left the Ingraham show quietly, exiting without issuing policy statements, leaving it unclear whether they were taking a stand on gun control, Ingraham’s attack on student David Hogg or both.

As we noted above, at least one brand has an approach to help navigate the tricky issue of CEOs and companies wading into politics and social issues.

During a session last week at the Institute for Public Relations’ (IPR) The Bridge conference, Southwest Airlines CCO Linda Rutherford described a mechanism the airline built to advise CEO Gary Kelly about the pros and cons of speaking out on specific social topics.

The Social Topics Committee [see diagram above] meets monthly or on-demand should an issue arise, Rutherford says. Representatives from Marketing, Operations and People, which is what Southwest calls H.R., supplement the group’s inter-departmental composition, depending on the topic discussed.

In fact, the existence of the cross-departmental group is linked to a previous topic the airline “missed” on, Rutherford says. The people making the call on that one lacked diversity of opinion and examined the topic “narrowly,” she says.

“This [Social Topics Committee] is charged with making a recommendation to the CEO on whether and how Southwest Airlines should engage on a particular social topic,” she adds. The group makes recommendations to the CEO, so is not a “day-to-day, hard-line reporting structure.”

It uses an interactive PDF “that allows for multiple inputs by the committee members based on questions about perceptions, risks, audience impacts, benefits and other factors,” she says.  Comments employees, the general public and frequent flyers are considered.

As each committee member provides input into threshold questions, the interactive framework tool—in the shape of a pyramid—begins to turn colors (red is negative or caliente; gray is neutral; and green is positive). Red signals the committee likely will recommend that the Southwest CEO avoid engaging on the topic.

“We have agreed we go with the consensus that the pyramid shows,” Rutherford says.

The importance of brands taking stands is critical, Rutherford says. Brands no longer can “rest on their laurels” and stay “on the sidelines,” she says. “The new reality” is a set of stakeholders “expects us to act fast” on certain political and social issues.